ACBU looks to hit right note for next semester 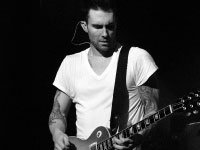 With second semester approaching, the Activities Council is on the look out for some possible acts to bring to Bradley.
“We have started to look at a few possible acts for next semester,” said Kathleen McGing, special events reserve fund co-coordinator for ACBU. “We have narrowed down our options, but we probably won’t have anything solidified until next semester.”
So far, ACBU is planning on finding only one act for the spring, she said.
“We are focusing on bringing in a musical act, and we’ll only have one show,” McGing said. “We’re trying to find acts that are different from the musicians we’ve brought in during the past few years.”
Although the budget for this semester was higher and allowed for larger performances, there won’t be much roll over for next semester, SERF co-coordinator Jade Peters said.
“Our budget is a little larger due to the increase of the activities fee, but that’s old news,” she said. “We only had two events this semester because we could not find an appropriate act for last semester.”
The act for next semester won’t be as large as the ones this semester, like Joel McHale or Maroon 5, McGing said.
“Our budget is definitely smaller for the spring, so the act will not be as big as Maroon 5,” she said. “It will still be someone with popular songs and a recognizable name though.”
Although the act next semester will be smaller, Peters said ACBU is still trying to find a band that Bradley students will love.
“We’re still working on finding an act that will sweep the campus away,” she said. “Right now, we just have no confirmation on what that act will be.”
McGing said she agreed.
“We want to make sure we are meeting all the programming needs of all the Bradley students,” McGing said. “We are working very hard to have a spring concert, but there is no guarantee that we will have a show. There are a lot of steps to go through before an act is actually booked.”
More from NewsMore posts in News »