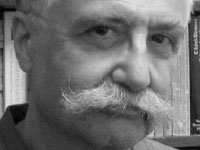 A University of Chicago professor captivated a full audience in Neumiller Lecture Hall as he addressed issues of religion, violence and their potential consequences in the world.
“Religion fosters a sense of community, a sense of purpose in people’s lives and can motivate people to do things in a positive way beyond the normal boundaries of personal self interest,” Michael Sells said on Tuesday.
However, violent behavior is sometimes sparked by conflicting religious identities, traditions and obligations, he said.
Sells said violence apparent within Islamic religions is because of the occurrence of “an age old clash of civilization” which is one reason he explains why “Kurds, Croats, and Muslims [can] never live together.”
He said the “clash of civilizations” has been cited across the world and is inevitable for many because they are faced with an ancient rival.
“As soon as [classic civilizations] say ‘we are facing them,’ that ‘you versus them’ is defined in absolute terms and becomes what I consider a self-fulfilled declaration,” Sells said.
He said if there are two people or groups that are enemies by nature, they will most likely mistrust each other’s words and actions regardless of motives.
“I think this has been happening over the last two decades particularly in the United States’ public perception of Islam.” Sells said.
The Islamic religions predict certain prophecies to occur with the ongoing violence among people of diverse spiritual backgrounds.
Sells said the coming apocalypse or the coming of the Messiah is seen not only in Islamic religions but many others.
“The apocalypse is something in religion that is important to think about, but it’s not going to happen imminently necessarily,” he said.
Sells said millions of other people believe “the messiah will come after an arch of progress at the end of the millennial kingdom, in the near-term future, or in our own lifetime.”
The way to view this phenomenon is to take apocalypticism seriously as a respected aspect of religion, he said.
“People should never look at people who have such beliefs as marginal because they are not,” Sells said. “And they should not think that such beliefs are not active in the world because beliefs are active in the world.”
Proactive apocalypticism is the likelihood that such beliefs take place, he said.
“It’s the notion that human beings can bring on the Messiah by doing something,” Sells said.
While the actions of some people are questionable, “people commemorating a martyr or the death of Jesus can be used as a moment of self-examination and social self-examination in a very positive way,” Sells said.
Junior journalism major Nafia Khan said she thought the audience learned a lot from the speech.
“I think that Dr. Sells is very intelligent and a very educated man,” she said. “I think he makes good points, you can tell he did his research.”
Peoria resident Lynn Keefner said she got a “feel for the other side” and left having known a little more about Islam.
More from NewsMore posts in News »