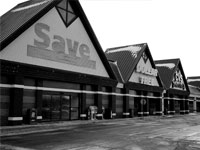 Students could be visiting professors and attending classes in Campustown next semester.

The space will be used “for faculty who will be displaced during the Westlake Hall renovation and expansion,” he said.

Epstein said there could be as many as 45 to 50 workstations moved to Campustown.

“The exact amount is still being determined,” he said. “We intend to begin moving faculty from Westlake [Hall] at the end of the spring semester and have them in place by the beginning of the fall semester.”

The university had originally planned to transfer faculty to Haussler Hall, but Epstein said the move to Campustown will be a good investment.

“By withdrawing from Haussler Hall, the university will be able to raze that building sooner than anticipated to develop a green alumni quad on the west side of campus,” Epstein said. “Furthermore, to prepare Haussler for Westlake faculty members would have taken a substantial investment, money that would have been lost when Haussler was eventually demolished.”

Epstein said it remains unknown if only faculty offices will be moved there or if classes will be held there also.

“The university is examining its needs and the facilities to determine precisely how to use and remodel the Campustown spaces,” he said.

Epstein said he’s had a lot of positive responses from faculty members regarding the transfer. Among those is Joan Sattler, the dean of the College of Education and Health Sciences.

“The temporary inconvenience of this relocation of offices and academic support to Campustown will be well worth it when the university realizes the great benefit of the transformed Westlake,” she said in a press release.

But some students said they don’t see the point of the relocation.

“I think it’s a real inconvenience to go all the way over to Campustown,” she said. “I’ll go because I have to, but I won’t like it.”

O’Neil said she sees the need to rent the space for faculty members to hold office hours, but thinks it is unnecessary for classes to be held there.

“I think it’s ridiculous to spend money on more space when there are open classrooms in other buildings,” O’Neil said. “Offices in Campustown are fine, but I think there are enough classrooms open without making students hike to Campustown.”

Epstein said he disagrees with O’Neil.

“Bradley doesn’t have excess overflow space on campus to accommodate these transitional uses,” he said.

Epstein said the university has other plans regarding these buildings in the near future as well.

Bradley will have both of these properties leased on Monday. Construction on Westlake is estimated to take more than two years to complete.