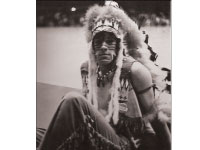 Bradley may no longer just be the home of the Braves.

Student Senate passed a resolution this week calling for University President Joanne Glasser to form a mascot committee. If formed, that committee would be responsible for slating ideas for a new mascot.

“If the mascot is good and effective, it can be of an unbelievable value to the university in terms of dollars and school spirit,” said Student Body President Kyle Malinowski. “This is the perfect time – the planets are aligning.”

Malinowski said there are several reasons senate wants to make the change now. Philosophically, it fits with the Campaign for a Bradley Renaissance because of the mindset of being in a renaissance as well as campus’ physical changes.

“The less philosophical reason is we have the best people in the position right now to do it,” he said. “We have a new university president who is all about shaking things up, a new athletic director, a new director of marketing whose job was charged by President Glasser to brand the university and we’ll eventually have a new provost.”

The idea to adopt a mascot is not necessarily new. Some seniors remember a failed campaign that lasted several months between 2006 and 2007, which included options such as clocks and firefighters.

Malinowki said he thinks that campaign failed because it was “too long a process and it lost momentum.”

Before that, from 1993 to 2000, Bradley kept the nickname Braves, while adopting a Bobcat mascot. That mascot was eliminated because administrators ruled students lacked affinity for it.

In 2005, the NCAA ruled the nickname Braves was hostile and abusive, and if Bradley kept the name it would not be able to host any post-season tournaments. After winning multiple appeals, Bradley was able to keep the Braves nickname.

If formed, the new mascot committee will be comprised of administrators, students and Board of Trustees members. However, Malinowski said he thinks everyone will likely have the chance to contribute ideas.

“The really hard thing is that the current students really are a very important piece,” he said. “But there are 60,000 students who went to BU and no longer do. There’s so many people affected by this both personally and professionally that if the student body were to take a lot of movement, it wouldn’t be as effective as with everyone’s input.”

Vice President for Student Affairs Alan Galsky will be the first to receive the request for the committee. That request will likely be received this week, and if approved, will move on to Glasser.

“We explained in the letter that the people who go to school here should be able to have a voice in the suggestions,” Malinowski said. “We think that is a valuable asset.”

Soucie said she agrees that it would be to the school’s best asset to add a mascot.

“Even my family will be like, ‘Bradley Braves – what is that?’” she said. “I think it’d be nice to have something that would give us some oomph.”

“I’m supposed to pump up the crowd at all the athletic events, and if we had a mascot  it would really add enthusiasm,” she said.

However, Dammeier said she does have concerns.

“It depends on what the mascot is, if people take it seriously,” she said. “I think that if the mascot chosen is taken seriously it could be used to promote attendance at games and market the athletics on campus.”

Freshman civil engineering major Jeff Reckamp said he has attended several men’s basketball games and thinks a mascot would not only heighten school spirit, but give Bradley a stronger presence.

“I really do wish we had a more involved student section,” he said. “I think it would be really cool to have a mascot running around the stands to help the fans cheer on the team.”

Reckamp said he suggests a lion for the mascot. He said he likes this idea because it fits in with the idea of the Bradley Braves.