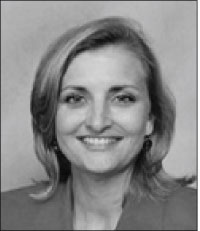 The Health Center has a new counselor who specializes in treating eating disorders.
Lisa Fix-Griffin has more than 20 years of experience of treating eating disorders and is the first counselor at Bradley to specialize in this field.
Fix-Griffin worked at St. Francis Medical Center as a therapist before beginning her full-time position on campus in August. She has a Master’s degree in clinical psychology from Illinois State University.
She has worked with patients ages 8 to 73, but she said the majority of eating disorder patients are in high school or college, so she has a lot of experience with college-aged individuals.
Fix-Griffin said about one-third of the students she has treated on campus have had cases of eating disorders, but she also treats students with other problems.
She said eating disorders often come with other issues.
“If you treat eating disorders you really have to know how to work with almost everything- depression, anxiety, trauma, relationship problems, et cetera,” she said.
Fix-Griffin said she hopes students with eating disorders will decide to get counseling.
“There’s a lot of misconceptions about eating disorders,” she said. “A lot of people have shame or are embarrassed, but most people with eating disorders are highly intellectual. It’s a bona fide emotional disorder.”
Fix-Griffin said while some eating disorders are visible, others are not.
“A lot of people think you have to be really thin to have an eating disorder,” she said. “But it’s not about weight. It’s about thinking and distorting problems. People get into where they lose control.”
Fix-Griffin said she hopes to strengthen the connection between St. Francis and Bradley by serving as a liaison.
St. Francis offers a free eating disorders support group. It’s located in East Peoria but will move to Peoria in November, she said.
Bradley doesn’t offer any support groups, but Fix-Griffin said she would be open to starting one.
“We used to have a program,” she said. “But we weren’t getting the numbers. I think a lot of people are intimidated by the word ‘group.’”
She also said she’s thought about creating an online forum so students could communicate with one another and her anonymously.
The Counseling Department is relocating to the basement of The Markin Family Student Recreation Center over Fall Break.
Beginning Wednesday, the Health Center will be open Monday through Friday from 8 a.m. to 12:30 p.m. and 1:30 to 4:30 p.m.
Students can call x2700 or use the “contact a nurse” link on Health Services’ page on the Bradley Web site to make a counseling appointment.
“I hope people encourage one another to not be quiet,” Fix-Griffin said. “When a person’s visibly ill and people don’t say things to them, it feeds into their denial.
“This is a safe, comfortable place,” she said. “No one will force [anyone] to do anything. We help with some decision-making and look at options. You wouldn’t build a house if you had no experience in doing so. This is part of what counseling is—consulting with an expert that can give you what you need to effectively help yourself.”
The counselor is financed by the increase in the Health Center fee that took place last year. The fee increased from $54 a semester to $72 a semester.
More from NewsMore posts in News »