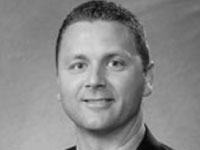 The president’s cabinet will soon have three new members, thanks to the arrival of new vice presidents on campus.
Vice presidents of enrollment management, marketing on campus and advancement are in the process of being added to the faculty.
Vice President for Student Affairs Alan Galsky is the head of the committee in charge of filling one of the new positions.
“We created the position of vice president of enrollment management because it is absolutely essential in today’s competitive marketplace of enrollment,” he said. “In 10 to 11 years high school enrollment will decrease rather than increase, as it has done in the past. Since a vice president is the highest position in the university, it was more important than ever that this position be elevated to VP.”
The searches to fill these positions were run just like any other professional search, Galsky said.
Some searches such as this one enlist the help of a search consultant, a specialist used to “generate as many qualified candidates as possible,” Galsky said.
Although the committee in charge of selecting a vice president of enrollment is using a search consultant, Galsky said the other two search committees have not hired someone from outside the university to assist in the search.
The other two committees, headed by Vice President for Business Affairs Gary Anna and Dean of the Slane College of Communication and Fine Arts Jeff Huberman, are in different stages of the selection process.
The search for a vice president of marketing on campus, headed by Huberman, is in the same place as the selection for a vice president of enrollment management, while Anna’s search for a vice president for advancement has already been concluded.
In an e-mail sent Jan. 30, University President Joanne Glasser announced Pat Vickerman as Bradley’s new vice president for advancement.
Anna said although some students may think this is a new position because, before last week, Bradley did not have a vice president for advancement, the position has been around since the mid-1970s.
“This position has been in existence for more than 30 years,” Anna said. “It has been vacant for about a year, and the time has come to finally fill the position.”
As vice president for advancement, Vickerman will be in charge of coordinating the Campaign for a Bradley Renaissance, and he will supervise development and alumni relations.
Anna said the search committee for Vickerman “followed very traditional practices at universities” and was “committed to an open search.”
In all three searches, candidates are chosen based on their abilities and how they will fit into the campus dynamic.
“We looked for additional feedback from those who would work closest with our candidates,” Anna said. “But President Glasser makes the final decision.”
Although Galsky said filling the enrollment management position is important, other factors are key in the committee’s final decision.
“The right candidate is much more important than the time,” he said. “We would like the position filled by June 1, but it is not vital.”
Galsky said the new vice president will have very little to do for the Fall 2009 class, but he or she will have “an absolutely important influence on the Fall 2010 class” and “total and critical responsibility” for the Fall 2011 class.
More from NewsMore posts in News »