Ford will replace Jim Les, whose contract was terminated three weeks ago.

He will be formally introduced during a noon press conference Monday.

“I am ecstatic to work at such a great institution with such a rich basketball history,” Ford said in a statement.  “The passion 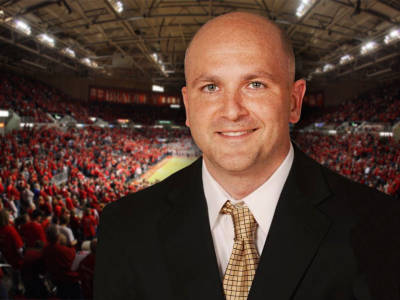 ate Bradley fan base, academic excellence and exceptional facilities will give us an opportunity to compete at the highest levels of the Missouri Valley Conference.

Ford, 36, led the Kent State program for three seasons. He was the school’s first coach in nearly 50 years to lead the Golden Flashes to consecutive Mid-American Conference championships, one in 2009-10 and one in 2010-11.

“Geno Ford met every quality that I was seeking in the head coach of Bradley Basketball,” said Michael Cross, athletics director. “He has tremendous values, high basketball IQ, is a gifted and charismatic communicator, appreciates the educational quality of Bradley and has demonstrated he is a proven winner time and time again.

No contract information has been released, and it is unlikely that it will be forthcoming. Ford was reportedly making a $300,000 annual base salary at Kent State, according to the Record-Courier of Ravenna, Ohio.

Les’ contract was terminated March 6 after the team tied for ninth place in the Missouri Valley Conference.

For more complete details on this story, please see Friday’s Scout or check back at www.bradleyscout.com.