Hip-Hop bounces to the Hilltop 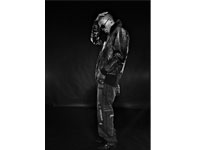 Lauren Peterson said she’s waited four years to see a hip-hop artist come to Bradley. But come spring she won’t have to wait any longer.

Lupe Fiasco will perform at the Civic Center Tuesday April 20.

“He has two records out and they’re both really successful,” said Special Events Reserve Fund Co-Coordinator for ACBU Natalee Runyan. “He’s from the Chicago area so he has a huge following out there, and he’s collaborated with a lot of the biggest names.”

Lupe Fiasco is best known for the hits “Superstar,” “Kick, Push” and “Daydreamin’.”

“ACBU hasn’t really done a hip-hop artist since November 2006 when Common was here,” she said. “So we felt we were pretty overdue. We’ve kind of had a lot of rock.”

Runyan said student feedback has been positive so far.

Senior accounting major Andrew Wieser said even though he doesn’t know a lot of the performer’s songs, he will definitely be going to the concert.

“I have some friends who went to Lollapalooza and said he was really good live,” he said. “It will be something fun, something different.”

Peterson has also said she’s seen him perform before.

“Everybody seemed to love him when he opened for Kanye,” she said. “He was really good, and I think that gave him a lot of exposure.”

“He happened to be available and it just worked out really well,” she said. “It wasn’t that hard of a process this time around.”

But landing a popular performer for the spot isn’t the only reason Runyan said she’s excited about this concert.

“My co-coordinator and I would really love to be able to do the next show at the performance center, so hopefully in the fall we’ll be able to bring in a great performer to the new fieldhouse,” she said in reference to the Athletic Performance Center, which is slated to finish construction this spring.

The new arena will seat 4,200 people, and Runyan said hosting concerts there will help save ACBU a lot of money.

ACBU will announce ticket information, time and the opening act as soon as they are decided.