New AD ready for the job 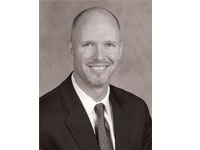 After a semester with the interim tag in front of the Athletic Director’s title, Bradley has found its AD.

Following a nationwide search, Bradley handed the reigns of the sports department to Michael Cross at the change of the new year, making him Bradley’s ninth AD in a century.

For the first semester of this school year, Virnette House-Browning served as the Interim Athletic Director for Bradley.

Cross comes to Bradley after spending three-and-a-half years at Princeton University as the Executive Associate Director of Athletics. While part of the Tigers’ program, he was responsible for overseeing coaching, marketing, promotions and administering scheduling. Currently, Cross is a member of the NCAA Committee on Academic Performance.

Before Cross’ career at Princeton, he graduated from the State University of New York at Buffalo and later became the assistant basketball coach at his alma mater. He made his move into administration by accepting a new position as the assistant to the dean of students at SUNY-Buffalo. Cross received his master’s degree from SUNY-Buffalo and his doctoral degree from the University of Michigan in higher education.

After making stops at the University of Michigan and Princeton, Cross takes over the Bradley program, which Cross said he thinks has “great academic records, a history of athletic success, amazing community presence and tremendous presidential leadership,” Cross said.

Cross inherits a program that has led the Missouri Valley Conference in graduation success rate or national graduation rate in nine of the last 10 years.

“Athletics should be an extension of the classroom where the coaches are conveying lessons in a setting that’s just as important as the traditional classroom,” Cross said.

He said it’s not just Bradley that he sees in this job.

“[Peoria] is the quintessential midwestern city,” Cross said. “People here work hard, have good values and value community. It seems like a great place to raise a family.”

In his first job as the head of a sports department, Cross has set expectations for all of his student-athletes.