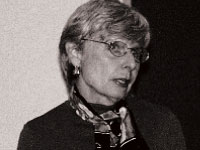 Bradley Women’s Studies Program and the Intellectual and Cultural Activities Committee sponsored a lecture on the upcoming election, featuring Eleanor Clift, a contributing editor for Newsweek magazine.
“I can never understand people who say politics is boring,” political analyst Eleanor Clift said. “It is human nature at its very highest and lowest. Melodrama at its height. Yet, it’s about very serious issues.”
Clift covered both the Carter and Clinton campaigns and the Iran-Contra scandal. In addition to these positions, Clift has served as political analyst for Fox News, is a regular panelist on the syndicated talk show, “The McLaughlin Group,” and has written a number of books.
The lecture covered each of the presidential candidates and their running mates, as well as the major events and issues of the campaigns.
“The lecture was fantastic,” sophomore accounting major Kyle Malinowski said. “She really broke down the issues for college students. It was a different perspective than you get on a lot of news channels.”
Junior international studies and political science major Nrupa Patel said she thought Clift’s coverage of the election issues was balanced.
“It was really informative,” she said. “[Clift] covered a lot of good points. She touched on all the major issues in the election.”
Clift discussed at length her analysis of what she calls the X-factors – the unknowns that may change the outcome of the election. She said the X-factors in the 2008 election are race, age, the ground game and external events.
“Race is a factor, but not a driving factor,” Clift said. “Right now economic fears are so great, they’re overwhelming the race factor. Much is to be said for the Bradley effect.”
The Bradley effect refers to differences between polls and actual election results in campaigns where a non-white candidate is running against a white candidate.
“But whatever racial feelings are out there, I think they’re out and in the open,” Clift said.
“The age factor obviously relates to John McCain,” Clift said. “He is the oldest man to contest for the presidency.”
Clift said she didn’t see age being a problem either, though, because of McCain’s energy and health.
The third factor had to do with the ground games of the candidates.
“Obama has the money to pay people to get people out there to work for him, registering voters,” Clift said. “If Obama wins, it’s because he’s changed the face of the electorate.”
The last X-factor Clift discussed was the possibility of an external event coming up at the last moment and changing the election results. She used examples from previous elections, such as the release of the Osama Bin Laden tape the weekend before the 2004 election and the disclosure of President Bush’s DUI the week before the previous election in 2000.
Clift said the recent questions about Obama’s relations with William Ayers might be another last minute, external event.
“Ayers is one of the few campaign issues that’s out there,” Clift said. “It is a real question. Twelve percent of Democrats and an equal amount of Republicans are convinced Obama is a Muslim.”
Despite the lead Obama has in the polls, there is some nervousness in his followers about Election Day.
“People are nervous that something will go wrong if you’re on the side of Obama,” Clift said.
But she said that, regardless of the outcome, she is encouraged.
“We have two credible candidates out there to choose from,” Clift said. “It sure feels like we’re entering a whole new day of politics.”
Clift started out at Newsweek as a secretary, moved to reporter and has held such positions as White House correspondent, congressional and political correspondent and deputy Washington bureau chief.
More from NewsMore posts in News »