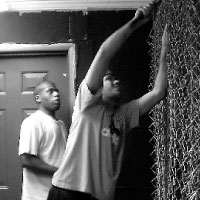 As Halloween approaches, students are busy preparing their costumes and getting ready to partake in timeless holiday traditions.
This year, however, students may have to adjust their plans as one Bradley tradition will not be returning to campus.
The members of the Phi Kappa Tau fraternity have decided not to put on their annual haunted house, ending its 15-year run as a long-standing Bradley favorite.
“The haunted house has taken its toll on the house over the years, physically,” Phi Tau President Paul Wereski said. “Financially, it’s becoming too expensive to repair damages.”
Wereski said there are mixed feelings among the members of the house. He also said many are sad to see the long-standing tradition end.
“There is no doubt that the haunted house was a great tradition and an extraordinary philanthropic event, so I don’t blame them,” he said.
The haunted house was Phi Tau’s largest philanthropy of the year, dedicated to the memory of their brother John S. Luszcz.
The Phi Tau haunted house received overwhelming support from the campus and the community, Wereski said.
“We recognize that nothing will be as special as the haunted house,” he said. “But we hope to create a new, strong, tradition for the future.”
Wereski also said the fraternity is in the process of coming up with ideas for an event that will be kicked off in the spring as their new big philanthropy event of the year.
The event will take the place of the haunted house and will continue to be dedicated to the memory of Luszcz.
Students on campus also have mixed feelings about the departure of the haunted house.
“It’s a shame that the event had to go,” senior international business major Joe Costello said. “It was a great experience for not only kids in the community, but more importantly, it was great for first-time dates. However, I do understand that the event was taking a toll on the house.”
Junior business management and administration major Krystal Reaux said the cancellation of the haunted house will change many peoples’ Halloween plans.
“All of my friends were talking about going to the haunted house this year,” she said. “I am sure they will be disappointed when they find out it won’t be happening.”
Senior physics major Okenna Egwu said he is disappointed the haunted house won’t happen this year.
“It was always a great time and really put me in the Halloween spirit,” he said.
More from NewsMore posts in News »