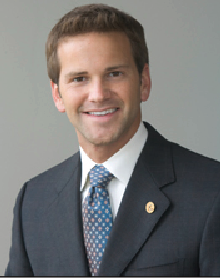 Information taken from the Chicago Tribune

In addition, the article titled “Ethics case against Schock outlined” said the Office of Congressional Ethics reported the newly elected Republican Rep. Rodney Davis was a “noncooperating witness” in the investigation regarding the Campaign for Primary Accountability PAC.

Lawmakers and candidates can solicit donations of up to $5,000 for “independent-expenditure political action committees,” the Tribune stated. Schock’s attorneys said the Congressman’s actions did not interfere with his role in the House and his communications did not fit the FEC’s “solicitation” definition. His attorneys urged investigators to drop the probe, the Tribune stated.

“The release by the Ethics Committee of this report from the Office of Congressional Ethics (OCE) is just one more step in the long process of adjudicating ethics complaints that can be submitted by anyone for any reason,” Steve Dutton, Schock’s communications director, said in a statement.

“We remain firmly convinced that Congressman Schock will be exonerated when the Ethics Committee examines the complaint and in due course resolves this matter,” Dutton said.

Schock is under investigation for allegedly asking House Republican Majority Leader Eric Cantor to assist Rep. Kinzinger in his GOP primary for the 16th District in March by moving $25,000 from his leadership PAC to the Campaign for Primary Accountability, the Tribune stated.

Investigators said that from Mar. 14 to 17, the Campaign for Primary Accountability received at least $115,000 in contributions “as a result of the efforts of Rep. Schock and his campaign committee.”

Schock, a third-term Republican from the 18th district and Bradley alum, denied any wrongdoing, the Tribune stated. Schock is considering a run for governor next year, but the upcoming House Ethics Committee review could damage his chances for office, the article stated.