Snooki to cause ‘a situation’ at Cam’s this month 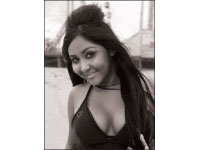 GTL is a foreign concept to those lucky few who haven’t been swept into MTV’s “Jersey Shore” phenomenon. But for its fans, it seems like the only way to prepare for one of the show’s stars visit to Peoria.

Nicole “Snooki” Polizzi will be heading to Cam’s Place on Friday, Feb.19 before partying at Carbon Night Club later in the night. To secure her for the event, Cam’s co- owner, Clay Doblestein, placed a deposit and signed a contract ensuring the event, only rescheduling the event if Snooki is deathly ill. Though reluctant to give specific details, he said, “It’s a very good deal.”

Cam’s has a history with MTV reality stars. In the past, “Real World” cast members have entertained the crowd, but to name, Snooki is the most popular to date.

Other “Jersey Shore” members, such as the GTL originators Mike “The Situation” Sorrentino and Paul “Pauly D” DelVecchio, are in such high demand in life after the shore that they weren’t available for appearances until the summer.

“Bradley wouldn’t be in session then, and it would be better to bring someone in now,” name said. Even for those who haven’t watched the show, it’s been hard to avoid.

“Jersey Shore,” with it taking over late-night talk shows and becoming victims of countless Internet spoofs. That’s why many students are awaiting the arrival of Snooki to the local bar scene.

Senior dietetics major Kevin Schimpf said he is already planning for Snooki’s visit – and to grab her attention.

“I’m very thrilled about her coming,” he said. “I already bought a jar of pickles for her to autograph.”

Junior education major Caitlin Staib said she is a devoted follower of the show and can’t wait for the event.

“I’m so excited,” she said. “I’ve watched all the episodes. She’s considered famous now, and it’s the closest I’ll get to a celebrity.”

One downside for students attending the event is a possible lack of specials.

“We’re not positive if we’ll be having any drink specials the night of the event and not sure on cover cost deals,” Doblestein said.

During its brief run, “Jersey Shore” was the cause of a lot of controversy. Groups like UNICO and the National Italian American Foundation felt the show’s use of the terms “guido” and “guidette” were offensive to Italians.

Because of this, advertisers such as Domino’s Pizza dropped out, but that didn’t slow down viewership. The season finale, airing Jan.21, drew 4.8 million viewers, almost three times as much as the show’s premiere and dominating MTV’s previous hits, such as “The Hills.”

Thanks to all those viewers, Snooki, one of MTV’s biggest celebrities, demands more than the average reality star.

“We’re going to pick her up from the airport and drive her to the hotel,” Doblestein said. “She’s going to be escorted to the bar by security, since she is high profile.”

By preparing these details ahead of time, Doblestein said he hopes everything goes according to plan.

“I’m very excited, but I hope everything goes smoothly,” he said. “I just want to get this event out there for all of Peoria.”