The Scout presents the top 10 stories of the decade

By Scout on December 4, 2009
The first decade of the 2000s was a tumultuous one.  From Sept. 11 at the start to the economic nosedive and election of Barack Obama at the end, it’s been exciting.
Here are the top Bradley stories from each year of the decade.
2000 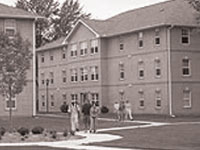 St. James opens, but not without problems
Once completed, Bradley had hoped the then new St. James Apartment Complex would offer students clean, technologically advanced housing options.
The first phase of the apartments was supposed to be completed before school began in the fall, but construction was ongoing even after the first 196 residents moved in.
“We have nowhere to go to complain because it is all bureaucratic bull,” a junior told the Scout in October 1999. “Nobody wants to take responsibility. They point fingers, and they tell us it’s not their problem.”
There were a wide variety of problems when the apartments first opened, including Internet outages, structural damage, damage to floors and layers of dust.
Those weren’t the end of residential concerns in the complex, though.
Later in the fall, the decision to end cohabitation was announced, drawing student complaints.
Cambridge said the decision was made between the management company and the university, while some administrators said the decision was made solely by Cambridge.
Business Manager Ken Goldin, however, told the Scout in the fall of 1999 that the decision was made because he wanted it that way.
2001
Women’s basketball player commits suicide
Lynn Pastucha, 19, was found dead in her apartment on Sept. 7, 2000. A Peoria County Coroner’s Jury ruled the starting center’s death a suicide.
“When I heard, I was shocked because there were no indications in my mind that anything like this was in the future for Lynn,” then Director of Athletics Ken Kavanaugh told the Scout.
The sophomore was a rising star in the athletics department who also excelled in the classroom, achieving a 4.0 gpa her freshman year as an environmental science major.
Pastucha set the school’s single-season record and led the Missouri Valley Conference with 51 blocked shots in her freshman year.
2002
Jim Les hired to lead men’s basketball
Former Bradley player and current basketball coach Jim Les was hired in April to take over the men’s head coaching position.
Les was hired when 11-year coach Jim Molinari was fired after having his worst season. University President David Broski said Bradley needed to be held to a higher standard.
A month after a team was formed to search for Molinari’s replacement, Les was hired and made promises to return Bradley basketball to its days of national acclaim.
“I envision the best regular season record in the nation,” Les said. “I envision a student body, a community, that is excited about the style of play of the Bradley Braves. That was Bradley basketball when Jim Les left. That will be Bradley basketball again.”
2003 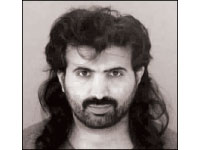 Former student charged for terrorism
Federal prosecutors charged former Bradley student Ali Saleh Kahlah al-Marri for allegedly having ties to the al Qaeda terrorist network.
Al-Marri had already been on trial for a year for the unauthorized use of 15 credit cards with the intent to commit fraud.
Prosecutors said they found information on his computer showing he was tied to Osama bin Laden, including a prayer asking Allah to protect bin Laden, audio files of his lectures and bookmarked Web sites relating to hazardous chemicals, weaponry, satellite equipment, water ways and dams.
Prosecutors also said he allegedly had a phone conversation with a co-conspirator of the Sept. 11 attacks, but al-Marri denied having the conversation. He also denied the charges relating to bin Laden.
2004
Student dies after drinking with fraternity for 14 hours
A student died of alcohol poisoning in September 2003 after participating in a night of drinking before Calling Out, a ceremony that welcomes incoming pledges to greek houses.
Senior psychology major and Phi Kappa Tau member Robert Schmalz had reportedly been drinking for 14 hours before he died of ethanol toxicity.
Students said he “oozed personality and pizzazz,” was known for dragging others to the library and for consistently making the dean’s list.
Director of Greek Life Nathan Thomas announced in February as an indirect response to Schmalz’s death, Calling Out would not continue. Thomas said the event did not represent the values of the greek system, and it was unfortunate Schmalz’s death had to showcase it.
2005
Barack Obama visits campus for financial aide bill
U.S. Sen. Barack Obama came to campus to speak to students about his proposal to increase federal financial aid for college students.
He spoke to a full Wyckoff Room about a bill nicknamed the HOPE Act.
He said it would increase the amount of money given to students through Pell Grants. Pell Grants do not need to be repaid and are awarded primarily to undergraduate students whose families earn less than $40,000 a year.
Obama said acts such as this were the basis of his campaign to run for senator.
“I campaigned all over the state of Illinois,” he said. “Wherever I went, I faced the same question: ‘How do we create good jobs in the future?’ ”
2006 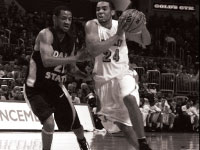 Bradley makes run to Sweet 16
It was a sweet surprise of a season.
After finishing as runner-up in the Missouri Valley Conference tournament, the Braves upset Kansas and Pittsburgh, to make it to the NCAA Sweet 16 as a 13th seed.
It was the Braves’ first Sweet 16 appearance since 1955.
Playing in Oakland, Calif., several students flew out to watch, and others watched together in the Haussler Hall.
The team eventually fell to Memphis 80-64.
The team was led by Patrick O’Bryant, who left Bradley to enter the NBA draft.
2007 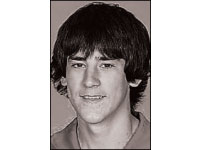 Soccer player dies in prank gone awry
Sophomore Sheridan “Danny” Dahlquist, a redshirt freshman on the soccer team, was killed when his friends and roommates lit roman candles and shoved under his bedroom door, essentially blasting numerous balls of fire into the room.
The incident happened in August 2007, just a few weeks before school started.
The friends were at the West Peoria house they shared, and after a night of drinking, Dahlquist went upstairs to go to bed. Soon after, his friends shoved the fireworks under the door.
Once they realized what was happening, the friends, Nicholas Mentgen, Ryan Johnson, David Crady and Travis English, attempted to help Dahlquist, but they were unable to reach him.
He was pronounced dead at OSF Saint Francis Medical Center within an hour of the start of the fire.
The three men, along with an Illinois Central College student,
were later charged with multiple arson counts. All four eventually pleaded guilty to involuntary manslaughter and served six months in the Peoria County Jail.
The three Bradley students were not permitted to return to campus after they were released from jail.
2008 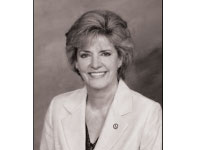 Councilwoman sued by fraternity after months-long dispute
Peoria City Councilwoman Barbara Van Auken was sued by Sigma Nu in the spring of 2009.
The suit stemmed from a much earlier incident. In the fall of 2008, Van Auken and two friends approached members of the fraternity.
Van Auken said she was there to tell the students to be quiet after receiving a call from a constituent complaining about noise coming from the house.
Fraternity members, on the other hand, claimed Van Auken was confrontational and inebriated.
University Police officers had received a noise complaint about the house earlier that night and asked the students to move to the front of the house, which they did.
BUPD received a second call, and when an officer drove past the house, she heard no noise.
Shortly after BUPD received another call, this time from fraternity members who wanted Van Auken off their property.
Van Auken then notified Peoria police, who sent several officers and university administrators. The fraternity president was issued a noise citation, which was later thrown out.
A Peoria judge dismissed the lawsuit over the summer.
2009
Student battle for MAP grants, Bradley plays key role
Earlier this semester, students who receive the state-funded, need-based MAP Grant were given some upsetting news: the state hadn’t passed a budget, meaning funding for the spring semester was up in the air.
But after a state-wide student-led coalition, legislators overwhelmingly passed funding for the grants.
Bradley students, including Student Body President Kyle Malinowski, played an integral role in the campaign.
Malinowski was the emcee for a student protest in Springfield at the end of October. And Bradley sent about 200 students to the capital for the protest, more than any other school.
More from NewsMore posts in News »