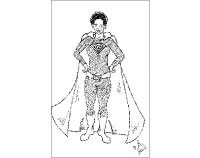 After fearlessly disclosing her breast cancer diagnosis last semester, it would be difficult for University President Joanne Glasser to be more personally available to students.
But she has found a way to outdo herself with the introduction of open office hours beginning next week.
Assistant Vice President for Communications Shelley Epstein said communication with students is very important to Glasser, and the office hours will give her a chance to talk to them “about what the students like and want to talk about,” he said.
Some of you may not be aware, but it is pretty rare for a university president to give up time to sit around and chitchat with students.
Students at other, perhaps larger, universities may not be able to even name their presidents, much less have the opportunity to sit down and have a conversation with them.
Underclassmen may not know who former university president David Broski is. Even upper classmen who were here when he was president may not know who he is.
It is obvious that Glasser is a new kind of university president. Not just because she is willing to mingle with students.
But she was willing to share a very intimate and significant part of her life. Despite such a trying obstacle as breast cancer, she didn’t hesitate to alert the Bradley and Peoria community of her health.
By sharing her story, she is exposing a very vulnerable part of herself, and that is something that is very difficult to do.
But it is especially difficult for those in charge to share something that may leave them in such an exposed position. It took a lot of courage to divulge something that no one expected her to reveal.
And she easily could have hidden her disease. She didn’t go through chemotherapy, so she didn’t lose her hair, and she wasn’t noticeably fatigued.
And even though she may have placed herself in a position of vulnerability, her bravery is something every leader should aspire to.
She is also willing to become a role model within the university and the Peoria community as an advocate for early detection and screenings.
And on top of everything, she truly wants to make this university a better place.
And despite criticism she’s received from some students, the policies she has put in to place are for our protection – not to ruin our fun.
And if students have a problem with policies, they have the opportunity now to go to her and talk.
Glasser has created the open office hours particularly for students who have concerns or want their opinions heard.
And just as Bradley listened to her story, she will be willing to listen to us.
More from OpinionMore posts in Opinion »