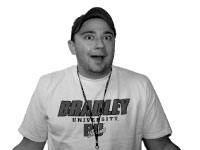 Congratulations to Barack Obama on his stunning victory this week.
His team ran a competitive, and frankly amazing campaign against John McCain.
In practically every category, Obama held an undisputed lead over his rival – advertising expenditures, fanatical followers and mainstream media bias, to name a few. By Tuesday, there was hardly a facet of American life untouched by the Obama craze.
Watching the coverage of hysterical, overjoyed citizens in Grant Park, and other locations cheering wildly for their candidate, one might come away with the impression Obama’s victory was overwhelming. That America as a whole is completely unanimous behind him. That all our citizens are jubilantly anticipating what great achievements Obama, Biden and Pelosi have in store for us.
Little could underscore this more than the one theme dominating post-election coverage – Obama is going to unite us all under his wise leadership!
Unfortunately, reality is going to prove quite differently.
As is often the case, electoral technicalities give us impressive-sounding numbers.
Obama won 349 electoral votes while McCain only mustered 163.
With figures like that, you might be surprised the Republican candidate actually won 46 percent of the popular vote.
That’s nothing to sneeze at.
This is just one of the many reasons I feel I must warn my Democratic friends that the next four years are unlikely to be the era of joyous union predicted by liberal pundits. To the contrary, Barack Obama is the least unifying candidate we could have possibly elected.
True, Republicans would be unhappy about any presidential defeat to a Democrat. But Barack Obama resonates negatively among Republicans in a very different, much deeper way than usual.
Unlike Hillary Clinton, the mere mention of Barack Obama renders many Republicans nervous, tense and full of hostility.
While they would be merely unhappy or disappointed in a Clinton presidency, an Obama presidency is something they truly fear and loathe. I’ve had more people tell me they hate Barack Obama than any other candidate. Yes, hate is most frequently the word of choice, and it’s not being uttered in a joking or otherwise unserious manner, such as “I hate Hillary’s pant suits.”
Within seconds of the McCain concession speech, talk radio and the Republican blogosphere came alight with both misery and anger. The conservative world is bracing itself for four years of dispute and controversy.
Nowhere is any Republican proposing we toss our firmly-held beliefs in the trash and embrace the Obama frenzy, especially after we suffered eight long years of listening to ranting liberals with Bush derangement syndrome attempt to attribute any and every problem of life to the leader of our party based on the weakest excuses for logic and reason.
And me? I do not believe the Obama administration will be nearly as bad as most other Republican bloggers and talking heads are making it out to be.
But are we going to all drop our ammunition and unite under the glorious leadership of comrade Obama?
Stop kidding yourself. Party lines will be bolder, thicker and clearer over the next four years than ever before.
I guarantee it.
Dan Palka is a senior advertising major from Palos Hills. He is the Scout ad graphics editor.
Direct questions, comments and other responses to dpalka@bradley.edu
More from OpinionMore posts in Opinion »