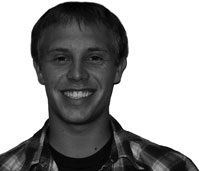 Those that know me know that I’m usually pretty freaking upbeat about life. But right now I’m going exercise my American right to do what we Americans do best – b****.
First on my list of grievances is one almost every college student can be heard complaining about – new Facebook.
As if letting high school students and our parents get Facebook wasn’t bad enough, now the creators have made it worse. Where “stalker feed” once scared the daylights out of us and made it easier than ever to creep on friends, Facebook just got even more confusing.
Looking at the new homepage, I can’t help but wonder if it was the creators’ intentions to make the user even more lost among the infinite applications available by adding tabs. Heavens knows we need even more space for Flair, Bumper Stickers, and Lil’ Green Patch invitations.
In the three years I have been at Bradley, Facebook has went from being an exclusive, college-kids-only club to a free-for-all, no-holds-barred match for just about anyone wanting a profile.
But the real kicker here is that, despite asking for our feedback, the change happened. It happened overnight, just like every other change they have tried to sneak in under the radar. I haven’t read the statistics on how many people liked or disliked the change, but it’s hard to find someone on campus that likes the new Facebook. I would like to think in our democratic nation, people are voicing their opinions on topics that concern them. So if we took the time to write in and say, “Hey, we don’t like the new Facebook,” I would like to think the Facebook head honchos would consider that.
Isn’t the customer always right?
Moving on, I’d like to point to a more current event – the stock market craze. I would like to preface this by saying that I am in no way, shape or form a financial guru.
For those who aren’t in the know, Wall Street took a hard hit in the last week, sending millions into a tizzy. Two powerhouse money management companies, Lehman Bros. and Merrill Lynch, hit the fan applying for bankruptcy and selling out to another company, respectively.
Why complain about this when millions of people are losing money because of it? Because it’s our tax dollars picking up the slack, that’s why.
On Tuesday, the government announced it would loan AIG, yet another squandering insurance agency, $85 billion to essentially get it back on its feet.
What I’m wondering is where all this money is magically appearing from. How can the government overlook things like our under-funded education system and lack of arts programs and just hand over $85 billion to a private insurance company? I find America’s priorities out of line.
I’m sure there is more to the situation I couldn’t begin to understand, but it’s the common, middle class person that is going to hear a story like this and be outraged.
The barter system sounds better every day.
And finally, it wouldn’t be a rant without getting into politics, especially in this politically charged time of year.
There’s plenty to talk about too. From Sarah “I’m-on-the-ballot-to-stir-things-up” Palin being announced as McCain’s VP, to Obama’s apparent mudslinging and a making-up-facts accusation by McCain, to John Edwards admitting he’s a player, politics is ripe for the picking. However, there is one that seems to get more heat than all the others.
Now, I don’t want to give away my political bias, but I’ve got beef with Palin.
Some would say she is more qualified for the job than Obama, having had more hands-on experience with legislature and leadership roles. In fact, former New York City mayor Rudy Giuliani said where Palin makes decisions, all Obama does is talk.
Sure, Obama never has been a mayor or governor, but he’s been that political spark the nation is looking for.
Never have there been more college students as interested in politics as there are now. Obama is just what the future of America wants in a candidate.
As for Palin, I just don’t really like her, period. I know it’s a terrible way to judge someone, but she just doesn’t do anything for me as a person or candidate.
Besides the fact that her entire time at the Republican National Convention was spent Obama-bashing, she’s only on McCain’s ballot because of the gender card. If it weren’t for Clinton losing out on the Democratic nomination, would Palin really have made the ballot, or is this McCain’s way of sticking it to the Democratic party by giving Palin a “move ahead six spaces” card to put her farther than Clinton ever got?
Whatever the case may be, I find it appalling it has come to such playground one-upmanship.
The only time I’ve ever been a fan of Palin was when Tina Fey played her on Saturday Night Live. Comic gold, my friends, comic gold.
Jeremy Behrens is a junior English secondary education major from Ottawa. He is the Scout features reporter.
Direct questions, comments and other responses to jbehrens@mail.bradley.edu.
More from OpinionMore posts in Opinion »