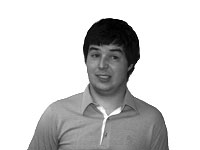 It was just a bong.
I mean, really, we’ve all seen them, know what they are used for, and may have even used one ourselves.
So why is the world in such an uproar about a 23-year-old being caught in a picture with one? Oh, right, I forgot about the 14 Olympic gold medals.
Of course, I am speaking about the recently leaked photo of Michael Phelps taking a hit off a bong.
Spreading like wildfire throughout the tabloids, reporters quickly jumped on the fact that such a highly regarded member of our athletic community could commit such an atrocious act.
Phelps addressed the issue, confirming that it was in fact him in the picture and that he was sorry for his “youthful” and “inappropriate” behavior.
Now let’s just take a step back and look at this situation. Phelps visited a college and partook in college activities.
Yes, smoking weed is illegal, but so is drinking under the age of 21. How many of you can honestly say you’ve never had a sip of alcohol before your 21st birthdays? (Just take a look at the BU police reports.)
So looking at that and thinking about what kind of “dope” we typically associate with athletes, is this any reason to lose our minds over the fact that a 23-year-old is acting his age?
Let’s not forget that in 2004 Phelps also was pulled over and charged with a DUI.
Hmm, 2004, that would make him 19 at the time.
He was not only driving drunk, but he was also drinking as a minor. Did this tarnish his image?
Of course it did, but were people rioting in the streets? No.
So why should this be any different?  Things could be a lot worse. Think about if that bong was instead a syringe with steroids in it. That would actually shock me.
However, the image of a 23-year-old taking a hit off a bong is an image that is all too familiar to me – as well as many college students.
But what about the children who have posters in their rooms, dreaming to have a chance of just one gold medal, let alone 14?
Well, these are the same children who saw Bonds lie in court, the same children who saw Kobe Bryant cheat on his wife, the same children who heard that another football player took a gun into a club.
Aspiring young athletes have seen much worse things than a bong.
Yes, Phelps will lose some support, sponsors and his image may forever be stained with bong resin. But, as of now, he has handled it quite well.
He realized there was no reason to drag it out and admitted to it – and that’s something to commend.
In all honesty, I think he was more or less apologizing for the fact that he could be so stupid as to let someone take a picture while he was hitting a bong.
So, what can we all learn from this? Is it that maybe Olympians are humans too?
Sure, that’s one thing. Or maybe 23-year-olds, no matter how mature they are, are still in fact 23-year-olds?
I think so.
However, the real lesson you should take from this is never let a camera near you when a bong is in your hands.
Les Mooney is a senior graphic design major from Davenport, Iowa. He is the Scout graphics editor.
Direct questions, comments and other responses to lmooney@mail.bradley.edu
More from OpinionMore posts in Opinion »