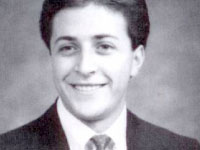 While the city of Peoria may be known for housing the average U.S. citizen, the Bradley community has been known to produce above average talent.
San Diego Padres broadcaster Andy Masur is a perfect example.
Masur has made great strides since his time on the Hilltop, rising from a local radio host to national voice on WGN Radio where he worked with the Chicago Cubs.
As much as he may rise in the world of broadcasting, Masur said he would forever credit his success to what he learned at Bradley.
“A lot of professors there really taught me what broadcasting was going to be and they were right about it,” he said. “And I respect them for that.”
Chairman of the Department of Communication Paul Gullifor said Masur could give Bradley students inspiration.
“The real value of Andy’s success is that it shows our students that such success is attainable,” he said. “Andy is a great role model for how hard work and persistence pay off. Andy paid his dues. He didn’t become the play-by-play voice for the Padres overnight.”
Although his professors had an effect on his career, he knew from a young age he wanted to get into broadcasting.
“I used to walk around when I was a kid with an old microphone and try to interview people,” Masur said. “It was really annoying to everyone else, but it sent me on my way to where I wanted to go.”
One of his inspirations as a child was another former alumnus, Jack Brickhouse.
Masur said he could recall days watching the Cubs games with his dad, thinking Brickhouse had “the coolest job in the world.”
As Masur grew older, he began to gain more experience.
He attended Maine East High School in Park Ridge, where he broadcasted football and basketball games on the school’s radio station.
Although the broadcasts could only be heard from within a few blocks of the school, Masur said it was still a good experience for him.
“It got me seriously thinking about doing it in college,” he said. “It showed me that I could do it and that I might have a future.”
Masur said he thought Bradley was the right choice for him because it was a smaller school where he could get to know the teachers and be more than a student in a lecture hall.
At that time, there were not as many opportunities in the Communication Department as there are now, so Masur had to look outside the campus to make his mark.
Masur worked hard to gain any experience he could, working four part-time jobs at one point in time.
“It was an experience I look back on very fondly,” he said. “At that point it started to give me the realization it was going to be tougher to get into the business. But it helped me to continue to fight and continue to persevere and work hard.”
After college, Masur had some jobs working with Peoria radio stations but he eventually decided to move back to Chicago.
During his time there, Masur did traffic, news and sports for the radio, and did the play-by-play for Loyola University basketball games.
“That was a unique situation, working for Loyola and Bradley being my alma mater,” he said. “But you have to be professional about it.”
Masur eventually left that job and joined the One on One sports network, which is now Sporting News Radio. This gave Masur a chance to reach a national audience.
After doing sports updates and weekend shows for the network, Masur applied for his childhood dream job.
In 1999 he was hired by WGN Radio to work in the radio booth during Chicago Cubs games, doing post-game shows and filling in for play-by-play announcer Pat Hughes.
Masur had many memorable moments while working for the Cubs, but he said the 2003 season is one he will never forget.
“Being five outs away from getting to the World Series was intense,” Masur said. “It was an emotional rollercoaster the entire post-season, as well as the [regular] season because they wound up only winning [the division] by one game.”
Masur was not in the booth during the Steve Bartman incident, as he had already went down to the clubhouse.
“We had thought that the game was over,” he said. “We thought we would be packing up bags and filling champagne cups in the locker room.”
Masur left the Cubs in 2007, taking a full time play-by-play job with the Padres, where he works now.
Junior journalism major Chris Pennant said Masur’s success reflects on the university.
“Its cool that he went to Bradley,” he said. “It shows with him, and Brickhouse, that we have a good history of sports journalists.”
Masur’s advice to aspiring journalists is to always work hard, no matter what situation you may find yourself in.
“You never know who’s watching, you never know who’s listening and you never know who’s keeping an eye on you,” he said. “You never know who might be able to give you a job in the future.”
More from SportsMore posts in Sports »