Guide to the World Series: Phillies vs. Yankees 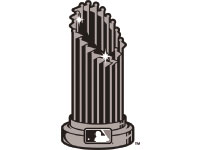 Everyone has an opinion on who’s going to win the World Series and in how many games and they’re always wrong.
So I’m going to spare you of that dreadfully boring story. And I’m going to shed some light on nuggets of information about this World Series.
-The Philadelphia Phillies have won five playoff series in a row without ever trailing in the series.
-On top of being the defending World Champions, they dealt for the reigning American League Cy Young winner during the season to bolster their pitching rotation, and all Cliff Lee has done is give the Phillies three starts of seven-plus innings of one or less run baseball.
-The Phillies are looking to be the first team in the National League to win back-to-back World Series since the Cincinnati Reds did it in 1975 and 1976. That Reds team is the only NL team ever to do it.
-Ryan Howard tied a major league record when he recorded an RBI in his eighth consecutive playoff game. He tied legends Lou Gehrig and Alex Rodriguez. His streak was ended in the last game of the NLCS.
-Howard also has been the Phillies main source of offense thus far with 14 RBIs. With five more RBIs, he will tie David Ortiz, Scott Speizo and Sandy Alomar, Jr.
-Game One of the World Series will be played between the last two American League Cy Young winners, Cliff Lee and C.C. Sabathia. And only Indian fans have a good excuse for not watching this game.
Watching the former “future” of your franchise pitch on either side of the World Series has to be difficult.
-Lastly on behalf of the Phillies, Brad Lidge is second all time in postseason saves with 16.
But, six years and roughly a billion dollars later, they did it. The New York Yankees are finally in the World Series. Now, for the 40th time in baseball history, the Yankees will fight for the Commissioner’s Trophy.
The most historic franchise in baseball is once again in the World Series. This time, their $252 million man has finally produced.
-The aforementioned Rodriguez has finally shown up this October in a big way, after a relatively subpar regular season by his standards.
A-Rod has hit at a .438 clip and has driven in 12 RBIs.
-Another low production playoff producer has dropped that title this postseason with an ERA of 1.19 and a 3-0 record.
C.C. Sabathia has been the workhorse that the Yankees spent more than $15 million on this year. Much like A-Rod, Sabathia had been very short of inspiring in the postseason amassing numbers like a 7.92 ERA and a 24-22 strikeout-to-walk ratio.
-Along the fresh faces line, the Yankees acquired Eric Hinske from the Pirates during the course of this season.
This ho-hum trade may not even play a factor into the decision of the World Series, but the possibility of history arises with this trade.
Since Hinske was the last out in last year’s World Series for the Tampa Bay Rays, if Hinske is the final out in this World Series, he would become the third player to ever be the final out multiple times. The other two players were Boss Schimdt for the Detroit Tigers in 1907 and 1908 and Aaron Ward for the New York Yankees in 1921 and 1922, but Hinske has the opportunity to set himself apart as the first do it for different teams.
-The Yankees have not only used powerful bats and workhorse starters to get to the World Series, but have had one of the steadiest bullpens in baseball.
But one relievers stands by himself in that bullpen. Mariano Rivera has the credentials to be a Hall-of Fame closer in the regular season alone, but his numbers in the postseason leave no argument that he is one of the greatest closers ever.
With 37 career saves and a 0.77 ERA with everything on the line, Rivera has been more than dominant. He is simply unhittable.
With all of this in mind, this World Series is shaping up to be one for the ages. With the most deserving teams actually playing one another this time, a seven-game series isn’t out of the question. Just remember, anything can happen in October baseball.
More from SportsMore posts in Sports »