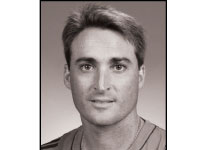 While many still had hopes, the season is mathematically over for this year’s soccer team.
Bradley’s loss Saturday at Missouri State knocked the team out of contention for this year’s MVC Championship, breaking an 11-season streak of being in the semifinals of the MVC tournament.
The Braves have lost all seven of their conference games this season and their last 11 regular season inter-conference matchups dating back to last season.
The Braves were at Missouri State (10-3-2, 5-1-1) on Saturday and took a 3-0 loss.
The Bears started the game off early, with a goal in the fifth minute. Kyle Windmueller’s centering pass was put past senior goalie Drew Van Kampen on a slide by Bears’ forward Paul Paradise.
Paradise would get another goal in the 19th minute with an assist from Johannes Demarzi after beating a defender into the box.
Less than two minutes after the first goal, Bears forward Heath Melugin intercepted a clearing out attempt from Van Kampen and put it into the back of the net to give him his fourth goal of the season.
The Bears scored both goals before Bradley managed to get a shot on goal. Bradley’s first shot didn’t come until the 18th minute of the match.
The Braves were outshot in the game 13-8, with only three shots in the second half.
The Braves have been shutout in five of their last seven games.
“Until they tell you you’re mathematically eliminated you can still have hope,”  coach Jim DeRose said. “Down so early in both games and playing so long from behind is heartbreaking. The Missouri State game hurts much more because now we are mathematically out of it.”
More from SportsMore posts in Sports »