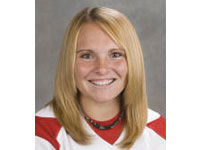 The Bradley softball team gained valuable experience and played against one of the best teams in the country at the Troy Cox Classic in Las Cruces, New Mexico.
The Braves began the tournament with a dominating 8-0 win over Cleveland State. In the third inning, Bradley broke the game open with five runs to open up a 7-0 lead.
Senior pitcher Amanda Clack recorded her first career shutout. She struck out four while walking two to bring her record to 2-1 on the year.
Just a couple hours later, the Braves competed in their second game of the day, losing to St. Mary’s 1-0 in a pitcher’s duel.
Freshman pitcher Brandi Ore gave up just four hits but allowed the game-winning run in the second inning. She struck out six in a complete game effort.
In the third game of the tournament, the Braves faced tournament host New Mexico State, winning 4-2.
In the seventh inning, Bradley held a slim 2-1 lead. Junior outfielder Brittany Fairbairn led off the inning with a double. New Mexico State then had a relief pitcher come in to face junior Kate Singler. Singler made the Aggies pay with a two-run homer that put the game out of reach.
Coach Amy Hayes said she realizes the beginning of the season can be a struggle, but she wants to see improvement from the team.
“We have shown improvement each time we’ve taken the field,” she said. “The errors we had the first weekend were corrected by the next and that is what we ask of them. Be better today that you were yesterday.”
In the fourth game of the classic, the Braves faced national softball power and the 22nd-ranked team in the nation in Tennessee.
Bradley was overmatched, losing 12-2. The Braves managed just three hits.
The team trailed 12-0 in the third inning before Singler singled home senior Lauren Meister. The Braves added one more run in the fifth when Clack walked and stole second before scoring on an error.
Bradley played in its fifth and final game of the classic recording a 5-3 win over Weber State.
Singler continued her offensive hot streak, launching her fourth home run of the young season in the top of the third inning.
Singler’s three-run blast was her third homer in five games and gave the Braves a 3-1 lead they never relinquished.
The Braves added two more runs in the fifth. After the team loaded the bases with two outs, Clack singled home two runs. Bradley scored all of its five runs with two outs.
After winning the Missouri Valley Conference title last season, the team has high expectations for itself again this season.
“Our expectation is to win another championship,” Hayes said. “Our student-athletes have really bought in and if they keep their nose to the grindstone so to speak, it will all pay off in the end. My greatest coaching pleasure is seeing them smile after accomplishing a goal. It makes all the grey hairs worthwhile.”
More from SportsMore posts in Sports »