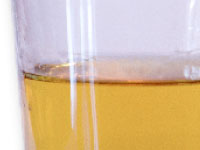 Inside a Peoria whiskey tasting

Next time you’re planning a night out, consider hitting up a museum dedicated to the memory of civil war veterans.
GAR Hall hosted “The History and Craft of Whiskey” Saturday night and while the building may not top anyone under 60’s usual list as a Saturday night destination, it offered enough drinks and companionship to compete with any highball bar in the Peoria area.
Whiskey lovers in downtown Peoria could do a lot worse than $25 for unlimited shots.
Of course, a refined event such as this doesn’t come without a hint of elitism. The distributors had an expectedly low opinion of bar-brand whiskey like Jack Daniels and Jim Beam.
Hugh Higgins, a distributor for spirits company Pernod Ricard, had particularly harsh words.
“Frankly, yeah, I do think they’re inferior brands,” he said. “Especially Jack Daniels. In the late 1980s they lowered the alcohol content without telling anyone, jacking up the price at the same time. Then they did it again just a few years ago. It’s all about image and advertising, not about what’s in the bottle.”
Image wasn’t a priority with the brands patrons sampled. The bottles boasted elegant labels with cursive lettering, but if anyone was here to admire the product’s external appearance, they were in the wrong place.
At a whiskey tasting, what’s inside the bottle gets all sorts of special attention, right down to the spelling (“whiskey” and “whisky” are both correct, although certain spellings are associated with different countries of origin). Just like a wine tasting, tasters should examine every aspect of a whiskey before imbibing.
First, the 40-some patrons in attendance had to look at what they were holding.
After swirling the sample around like a true snob, a taster should look at the clear part of the glass. If the whiskey leaves remnants of liquid on the glass – or “legs,” as the pros call them – it indicates a heavy body.
Not all whiskey is the caramel brown associated with Jack Daniels and other mainstream brands. Whiskey colors can range from completely clear to the color of maple syrup.
Second on the agenda was smell. As Higgins told the attendees, the senses of smell and taste are strongly linked, and to smell is to enhance the sense of taste. No smells were stomach-turning, but as diverse as they were, each gives off the impression of something crafted with care by people with passion.
Finally, after the superficialities, patrons indulged in the taste. The hosts were kind enough to provide a sheet with names of the 24 varieties present, so tasters could record their impressions. Tastes ranged from smooth or smoky to, as I recorded in a gut reaction, “a punch in the mouth.”
The sheet doubled as a Friar Tuck order form for those with any budget – the cheapest bottle was $15.99 (White Lightening), the most expensive $85.99 (Mortlach).
The Prairie Folklore Theatre (who sponsored this event) knew some music would enhance the atmosphere and thus drafted bluegrass-folk outfit The Roundstone Buskers to provide the songs.
Boasted by an array of exotic instruments in hand, Buskers’ breezy brand of old-school war songs were met with polite applause in the first half of the night, but after four rounds of whiskey samples the band hit its stride.
With lyrics printed on the back of the order form, the audience sang and clapped along to traditional drinking songs such as “The Old Black Rum” and “Streams of Whiskey.” The crowd ate it up, and with lyrics like “I drank all of my money and slept out in the rain / Every day’s different but the nights are all the same,” not even the stiffs in the audience could stifle a grin.
Informal tasting soon followed, where patrons could meander from table to table and sample their own choices. Before you could say “cheers,” GAR Hall felt more like a Dublin dive than a dusty old museum.
As patrons exited with whiskey on their breath and history on their minds, they could pick up “Whiskey Lover’s Tasting Guide,” a free handout with the full rundown on whiskey in case the samples washed away their memory.
A whiskey tasting comes highly recommended, whether you swear by single-malt scotch or just seek to become knowledgeable about a new subject. For this taster, the event will be remembered long after the buzz is gone and the whiskey guide is thrown under the bed to collect dust.
More from VoiceMore posts in Voice »