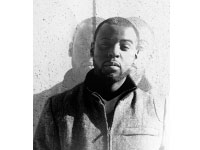 Many young boys test out their poetry skills in grade school trying to impress a girl. It’s usually no more than a spin-off of “Roses are red, violets are blue.”
Daunte Henderson was no different, until he turned that love of poetry into a blossoming career.
“When I started out, it was clearly just because girls liked it,” he said. “As I got older and started to connect with more writers, it started to become more personal and introspective.”
Next month Henderson, a 2008 Bradley graduate, is releasing his first book, “Things I Learned While Walking,” and has come a long way since trying to score a date with his schoolyard crush.
Though he’s been writing poetry for awhile, the idea for the book didn’t come about until he was at Bradley and a professor inspired him.
“I got the idea from Kevin Stein. It’s always been in the back of my mind but he told me that I had some great stuff and to think about publication,” Henderson said.
After that boost of inspiration, Henderson started to work on “Things I Learned While Walking,” something he said he hopes will motivate and relate to readers. For him, making that connection and encouraging others is more important than any monetary gain from the book.
“The book deals with life, love and spirituality and the lessons that I’ve learned in those areas,” he said. “Walking is very metaphorical in the Bible. The journey that we take through life is a walk through life and the lessons that I’ve learned are very powerful for me.”
For those aspiring writers looking to follow in Henderson’s footsteps, he has some advice.
“Let people hear your writing,” he said. “Lots of people are afraid to open up with their writing. The more you write, the better you will get. It’s not about reaching the level of Edgar Allen Poe or Langston Hughes but your own. It’s about letting the pen go and be free.”
For Henderson, the most important part of writing is having a voice that’s your own and he said he thinks that’s the best way to make a splash in the literary world.
“Always write for yourself, never anyone else. Stay true to yourself and people will like that,” he said.
Though “Things I Learned While Walking” still hasn’t hit shelves, Henderson is looking to the future, one he hopes to fill with more writing.
“I haven’t decided what the next book is going to be about, but I will be writing more,” he said.
“Things I Learned While Walking” will be available at amazon.com sometime next month. It will also be available at various bookstores in Chicago, Peoria and St. Louis.
For updates on Henderson’s writing, you can join his Facebook group, “Daunte Henderson is a Writer.”
More from VoiceMore posts in Voice »