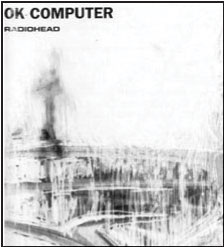 It is hard for me to get along with people who do not like Radiohead.
There are plenty of bands and artists out there who I do not like for rather simple reasons. There are other artists I am perfectly fine with when people tell me they do not like them.
Radiohead is not one of them.
Forming up from the Brit-pop explosion of the ’90s, only to embrace experimentation and form its own unique sound, Radiohead has blown away critics and fans with its work, which blends genres and styles.
Purists will always debate whether the band should have stuck with the standard “Creep”-oriented rock of its debut, but Radiohead undoubtedly became gods when it released “OK Computer” in 1997.
Trying to escape becoming a solely introspective band after its first two dark albums, frontman Thom Yorke penned songs about insanity, technology, death, capitalism and globalization. For a band that had always been decidedly apolitical, this approach was a leap of faith.
And it paid off.
“OK Computer” not only succeeds in having a successful message, but also manages to feel deeply personal and close to home. The threats the band mentions are natural and apparent, and Yorke reminds people why they should be afraid.
For an album with so many breakout songs that have become legendary, such as “Paranoid Android,” “Karma Police” and “No Surprises,” it is strange that the song, “Fitter Happier” generally remains the most emotional.
Barely a song at all, “Fitter Happier” consists of a soft piano being overpowered by the sound of a Mac computer’s reading program, rattling off what Yorke believed were the slogans of the ’90s. With its lack of emotion, the computer espouses the virtues of monotony and collectivism.
When the computer says “now self employed / concerned but powerless / an empowered and informed member of society,” Radiohead has captured the idea of the modern world that is so close to a dystopia.
It is hard to say that “OK Computer” is only about the world.
Like all good art, someone could read into it any way they want, and by actively fighting the idea of a concept album, Radiohead has encouraged fans to read into it however they choose. Songs such as “Lucky” and “The Tourist” can easily be interpreted as traditional love songs instead of focusing on capitalism and the hectic world, respectively.
Certainly, the entirety of “OK Computer” is not as strange as “Fitter Happier.”
“Paranoid Android” clocks in at a little over 6 minutes, making it the longest Radiohead song at the time.
The track borrows from a myriad of sources, including “Bohemian Rhapsody” by Queen, but guitarist Johnny Greenwood is the star here. He holds down what may be the last traditional guitar solo of the band’s career, and the song is perhaps the ultimate symbol of what Radiohead would become. Greenwood’s work is incredible, and many fans may point to this as the last great remnant of the “Pablo Honey” era.
“Paranoid Android” is not just a look back. The song begins with a driven beat that would have been right at home on an early Chemical Brothers record. Yorke’s breathy voice provides a contrast to the coldness of the new sound and would define the band’s later work.
By flirting with the realms of electronica, the group had secured its place in the newly created genre of electric rock.
On “OK Computer,” Radiohead stood at a crossroad. It  had played with the newly developing genre of electronica, still embracing the traditional sound of British rock music. Their decision to embrace techno would change rock
music forever.
When TV on the Radio names its first album “OK Calculator,” there is no doubt an impact has been made.
“OK Computer” is the perfect album for the turn of the century. Its paranoid desperate railings against the world are just as applicable today as they were in 1997.
Without a doubt, it stands as one of the classic albums of all time, and is only the beginning of a band that has still not ceased to be powerful and pertinent.
More from VoiceMore posts in Voice »