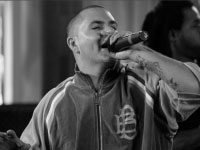 With the success of his three recent singles, fans of rapper Pitbull surely had high expectations for his newest album “Rebelution,” released on Aug. 31.
The album contrasts his previous album “The Boatlift,” which aimed for a more gangster rap style by experimenting with elements usually found in dance music.
This venture into the electronic genre has made Pitbull’s singles hits on the radio as they sport very catchy beats that make for excellent musical hooks.
Despite the experimentation with a new style, “Rebelution” has many tracks featuring other artists, something that can be found extensively on his three previous albums as well.
These guest artists lend a very intriguing style to the songs. The last two tracks, “Across the World” and “Daddy’s Little Girl,” featuring rappers B.o.B and Slim respectively, are particularly bettered by the inclusion of other artists. The voices of the guests are subtle and contrast Pitbull’s in-your-face style.
For the most part, the tracks are lyrically not too astounding – mostly profanities and rhymes about women, money and the like. They sound fantastic nonetheless. Most are supported by a steady beat, occasionally even sporting a bit of auto-tune or other electronic devices.
However, some of the songs, such as the single “Krazy,” feel a bit too repetitive in the vocal area, giving one the impression that perhaps Pitbull is relying too much on his musical hooks.
Another interesting note about this album is the clear influences of other artists on its sound. An instance of this can be found in the single “Hotel Room Service,” a track that samples “Push the Feeling On” by Nightcrawlers and tries to emulate that song’s style.
The first single from the album, “I Know You Want Me (Calle Ocho)” does something similar. The song is credited as a remix of “75, Brazil Street” by Nicola Fasano Vs Pat Rich, though upon listening to the original track one cannot help but get the feeling Pitbull simply slapped some words on top of an already very catchy instrumental piece.
The theme of experimenting with dance music is present in just about every song on this album. The track “Can’t Stop Me Now” is somewhat of an exception to this otherwise ongoing theme. While the song has some elements of dance music, tinges of rock sounds can be heard in the song as well.
This interesting sound is most likely brought about by The New Royales, a group featured in the song that experiments with fusing rock and jazz with hip-hop. The fusion sounds excellent, producing the most unique sound on the album with a welcome detour from the repetitive beats of the other tracks.
As a whole, “Rebelution” boasts many songs that combine Pitbull’s in-your-face rap style with elements of electronic dance.
Though it may not strive for much lyrically, it can be seen as a venture by Pitbull to fuse together different genres of music that will hopefully be perfected in the future.
More from VoiceMore posts in Voice »