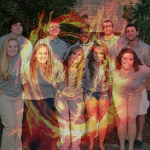 Poison. Fireball slingshots. Collectible miniature daggers. These are the tools in each of the Student Body President candidates’ armories.

This year, five brave students will compete for the prestigious position. Only one will make it out alive.

Sophomore nursing major Billy Jones’ name was pulled from a hat as the mandatory fifth candidate. His roommate offered to go in his place, but the administration laughed and said Jones “looked more president-y.”

When asked if he was excited to participate, Jones said, “No. I didn’t even know we had a senate. Those other students will probably destroy me. Seriously.”

That sense of humility is exactly the sort of thing Bradley students yearn for in their future warrior leader.

To his fellow students, Jones said, “I don’t want to be your president. Stop sending me gifts.”

The other competitors said they view Jones as their biggest threat.

“Nurses freak me out,” Evergreen said. “I admit I’m afraid of whatever kind of medicinal voodoo he has planned.”

Everyone is fighting to be Jones’ running mate.

“What even is a Secretary of the Assembly?” Jones said. “I thought that was only real in Harry Potter.”

Current Student Body President Alan Bukingolts offered advice to Jones, and kind of to the other candidates, though he has favored Jones for the win.

“Know everybody’s name, and give a lot of hugs,” he said. “That’s how I got where I am today.”

Jones said he wants to back out of the event, but is having a hard time finding a viable excuse. According to the Student Body President Tournament handbook, the only true reason to miss the event is death or kidnapping.

“I can’t participate in this because I have a test that day,” Jones said.

His professor, heart warmed by his commitment to scholarship, cancelled the test.

“She can’t do that, it’s not fair to the other students,” Jones responded.

But the other students were not upset.

The Renaissance Coliseum is closed off for the rest of the week to transform the court into a deadly, dangerous environment.

Tickets are $4 per person and includes cookies and juice following the event. A parade for the victor will follow down Fredonia Avenue.