The Sprout: Ford opts for a new direction* 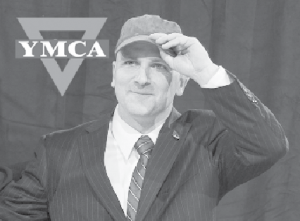 In a shocking announcement, men’s basketball coach Geno Ford has decided to leave the program after just one season on the Hilltop to coach a YMCA-30-and over team.

“I don’t like to toot my own horn, but I’m one of the greatest basketball coaches to ever live,” Ford said. “I could make that fat ginger kid over there into an All-American and trust me I’ve seen him play, he sucks. I’m that good of a coach and somehow we lost 25 games with my genius. Riddle me that one.”

Bradley Director of Athletics Michael Cross said Ford’s decision to leave the program is one of the strangest he has seen in over a decade of working in college athletics.

“I thought we’d found a coach to lead Bradley basketball back to prominence,” Cross said. “Sure his shiny bald head is a huge distraction while watching a game, but we were willing to look past that. Geno leaving to coach a YMCA team is just further proof of how far this program has fallen. We’re a bigger joke than the Chicago Cubs and women’s basketball combined.”

Ford said he has been eyeing a move since he “arrived in this god forsaken place” last April.

“How anyone could live in Peoria is beyond me,” Ford said. “You people are crazy.”

When asked what he meant by “you people,” Ford responded emphatically.

“I mean all of you nutbags who came here by choice and actually choose to live or go to school here,” he said. “Seriously, I’d rather live in Cleveland. Alright, I wouldn’t go that far.”

When Miami Heat President Pat Riley laughed in Ford’s face after he offered to coach the team following the NBA lockout, he began looking for the next best job he could find.

Ford connected with a contact in his hometown of Cambridge, Ohio., who told him coach about a men’s league team at the local YMCA that hadn’t lost a game in nearly five years. Ford accepted the unpaid job Wednesday night.

“It’s not the ideal situation. In a perfect world, I’d be coaching Duke or in the NBA,” Ford said. “But I’d rather have multiple vasectomies than spend another season coaching this gigantic pile of crap. If there’s one thing I want to get across, it is how much I hated being here.”

Ford ended the press conference with one more parting shot toward the university and the city of Peoria.

“Leaving this place in a few hours will rank as the greatest moment in my life,” he said. “When I’m finally recognized for the being the greatest coach of all-time, you guys can build a statue of me outside of that garbage arena downtown. Peace out [expletive].”