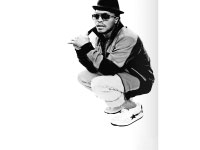 Since the rise of Lupe Fiasco in 2006, the hip-hop scene has taken a drastic turn. Lupe was just the beginning. Since then, rappers such as Kid Cudi and The Cool Kids have followed in the footsteps of an indie rap artist trying to make it big without selling themselves out to money, clothes and cars.
After “Lupe Fiasco’s Food and Liquor,” Jay-Z stated Lupe was “one of the most creative rappers out there.” One thing that makes Lupe stand out among the rappers of his generation is that he does not do the radio, he does what he does, which has made him one of the most successful rap artists to date.
Chicago’s own Lupe Fiasco – real name Wasalu Muhammad Jaco – said he hated hip-hop because of its “vulgarity.”
“I had the intellectual side, which was handy, but I also had the street side, which was responsible for the complete Lupe Fiasco,” he said in an interview with “The Guardian.”
You can definitely see this in all of his works, especially the songs on “The Cool.”  His music has the sound of a hip-hop soundtrack, the smarts of an intellectual and a hint of concept.
For example, the song “The Coolest” starts off with a piano piece that makes you ponder the meaning of life. Then all of a sudden, he cries into the mic with such powerful vocabulary about how much he loves a girl.
Another song worth listening to that doesn’t have a lot of hype is “Fighters [feat. Matthew Santos].” It starts off with a mysterious beat, then Santos takes it away after the introduction is set.
If you care to listen to the words, each of them are as beautiful and real as the last one.  Lupe incorporates different styles of music into his songs, just like in the song “Daydreamin [feat. Jill Scott].” In this song Fiasco and Scott form the perfect duet.  As soon as you hear Scott’s voice lazily coo over the track, the song eerily gives you the chills and you can’t help but think that this style of music died off years and years ago.
In “The Cool,” which is based on a song from “Lupe Fiasco’s Food and Liquor” listeners can see Lupe’s philosophical side and the concept of this album, setting him at a whole new level above other rappers. His music isn’t just another album in the streets. As you listen to it, a story unfolds.
Whether it is about a love between skateboarding and a woman or whether it depicts the pressures of making it to the status of a “Superstar,” Lupe is not just rapping to rap.  He brings an aspect to the hip-hop game that is second to none.
Standout songs of Lupe Fiasco are “Kick Push,” “Superstar,” “I Gotcha” and “Daydreamin [feat. Jill Scott].” If you listen to Lupe Fiasco long enough and analyze his style and flow, you will see why he is considered one of the only “real” hip-hop artists left.
More from VoiceMore posts in Voice »