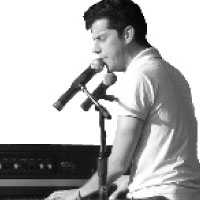 Andrew McMahon knows how to see light in the dark.
The frontman and creative force of Jack’s Mannequin said he wasn’t going to make the group’s second disc about his recent battle with leukemia. Rather, “The Glass Passenger” is almost frighteningly optimistic.
“Glass” is an acknowledgment that we’re often out of control of our own lives, being shuttled along in the passenger seat. McMahon is ultimately telling his listeners to keep climbing the hill and look for the light.
Fans won’t be disappointed after waiting three years to hear what Alternative Press magazine deemed the most anticipated album of 2008, and students should be happy to know the album has a lot more substance than the sugary version of “Suicide Blonde” that was previewed when the band hit campus last semester.
Although he says “Caves” is the only song influenced by his cancer, the listener can taste McMahon’s vulnerability as the album opens with “Crashin,” singing “even if your voice comes back again, maybe there’ll be no one listening.”
It’s also highlighted in “Swim” as he acknowledges “memories like bullets.”
And although Jack’s will always be a piano-based group, “Glass” is exciting because of the striking drum and guitar solos that were hardly apparent on the group’s first disc, “Everything in Transit.”
The instrumentals have helped Jack’s sound evolve from piano-pop to piano-rock. Please, drop the emo label.
“Glass” isn’t absent of instant-gratification tracks either, as it just weaves them in more delicately than “Transit” did. And while songs like “American Love” have the ice cream on a hot summer day effect, the album’s success is in the deeper tracks.
“Annie Use Your Telescope” is one of the gems, as McMahon echoes his voice in a fashion you haven’t heard from him before.
But nothing beats out “Caves.” The two-part symphony begins eerily with piano licks McMahon could have sold to a major motion picture horror film for a large chunk of change. The second part progresses into a faster episode, after an interlude of McMahon’s best piano playing, which sounds like it took about nine hands to accomplish.
“Caves” takes you to McMahon’s hospital bed—with clicking machines, consumption of antipsychotics and needles in his hips.
The song becomes an explosion, with the lyrics becoming maybe too honest. “We’re not gonna lie, son you just might die / get you on that morphine, drip, drip,” he sings.
Although “Caves” is one-of-a-kind, it’s really the basis for the whole album. He doesn’t let the walls cave in on him. He knocks them down and saves himself.
The only errors in this album are lingering notes in “Swim” and the seemingly pointless “Orphans.”
“Glass” doesn’t follow “Transit’s” footsteps in being a thematic album. It’s fun to hear McMahon address a wide variety of topics on this effort, including his feelings on religious institutions in “Drop Out – The So Unknown.”
Other stand-outs include “The Resolution” and “Spinning,” which features Stacy Clark on vocals.
The two duet in a lyric that seems to sum up McMahon’s position for writing this album:
“I lost my place, but I can’t stop this story.”
Listening to “Glass” will make you thankful McMahon doesn’t plan on stopping his story anytime soon.
Grade: A
More from VoiceMore posts in Voice »