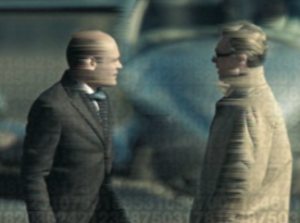 George Smiley rarely acts. He is far more likely to sit in the corner at a party and watch everyone around him than become the life of the party. But by the end of the night, Smiley will know nearly everything about every single person at that party.

Set in 1973, Smiley is tasked with finding out which high- ranking member of MI6, the British intelligence agency, is a double agent selling secrets to the Soviet Union. One of MI6’s agents was killed in a failed operation in Hungary, an operation only a handful of people knew about in the agency. The Soviets could only have learned about the operation from someone in MI6 and Smiley is determined to discover who it was.

Based on the novel by John le Carré, director Tomas Alfredson brings the same quiet, subdued tone that he used in “Let the Right One In” to keep “Tinker Tailor Soldier Spy” constantly moving while focusing on individual scenes and characters. The exceptional cast (Colin Firth, Benedict Cumberbatch, Tom Hardy, John Hurt and other famous Brits) make their characters consistently real at all times, usually because of one or two quiet moments that bring out their true humanity.

But it is the magnificent Oldman that brings the film to life, especially in one remarkable scene where Smiley tells the story about meeting Karla, the leader of Soviet intelligence some years prior and asking him to defect to the West. The camera stays on Smiley’s face during the entire scene, with his eyes always looking slightly to the side, as if remembering a long- forgotten memory.

George Smiley is the anti-James Bond. He never fires a gun, never orders a martini and is already a happily married man; instead, he directs those that work with him how to avoid suspicion and capture. But he is also a fairly tragic figure, as revealed in flashbacks to a Christmas party a few years before, where we learn the one thing that he missed which was right under his nose.

“Tinker Tailor Soldier Spy” is slow and quiet and the filmmakers are proud of that. It has no interest in being a loud, absurd spy movie with explosions and ridiculous stunts. Instead, it is a character study about men all believing that what they’re doing is for the best, even if they don’t know the full consequences of their actions. The brilliant direction and perfect tone for the film easily make it one of the best movies of 2011, but Oldman’s Oscar-nominated performance puts it over the top as an incredible piece of filmmaking.