Rudd, Segel a perfect match in I Love You Man 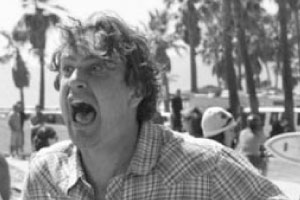 We live in a golden age of comedy, my friends. Where we once saw Ben Stiller, we now see Paul Rudd. (Yes, I miss seeing Owen Wilson in blockbuster comedies, too, but we all have to make sacrifices). “I Love You, Man” is yet another “love vs. friendship” movie (think Wedding Crashers), but with an exceptional cast at the forefront.
After Peter Klaven (Rudd) proposes to his girlfriend, Zooey (Rashida Jones), an awkward truth becomes apparent – there will be no best man at the wedding. Having spent his childhood moving, Klaven has been a self-described “girlfriend-guy,” always putting his energy into relationships instead of friendships.
To remedy this, the socially awkward Klaven embarks on a series of mismatched “man-dates” before finally stumbling upon the off-color and brutally honest Sydney Fife (Jason Segel). Sydney befriends Klaven. The ensuing friendship produces a more confident, expressive Peter Klaven but strains his relationship with Zooey.
Rudd and Segel make a dynamic duo the likes of
“Pineapple Express’” Seth Rogen
and James Franco. Rudd plays the awkward-guy-with-good-intentions hilariously. Many of the biggest laughs came from Klaven’s pathetic and bizarre attempts at nick-naming Fife (“Jobin” and “City-Slicka” included in there). His uncontrollably
leprechaun-sounding impressions of people aren’t bad, either.

The unaccounted-for laughs have to be chalked up to Sydney’s brutal honesty, frankness and the
scarf-swimsuit-combo he wears throughout the film. Andy Samberg (“Hot Rod”) and Thomas Lennon (Reno 911) make hilarious appearances in the movie, as well.
If you’re the kind of person who goes to a movie – whether it’s a comedy or not – to learn something, the M.O. here is certainly friendship. The film goes on to stress the importance of balancing one’s relationship with friends with a romantic relationship, though.
The ideas of confidence and identity are present, too.
I’d honestly recommend this movie. I laughed throughout the entire thing. It’s light, steady and easily quotable. If nothing else, it’s almost two hours of Rashida Jones on a big screen. A good soundtrack didn’t hurt, either. If you’re looking for a whole-hearted laugh and a couple more funny references to add to your repertoire, “I Love You, Man” is a perfect fit.
More from VoiceMore posts in Voice »