Star basketball player to play another year (please note, this article is satirical) 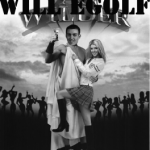 In an unprecedented move by the NCAA, Bradley senior basketball player Will Egolf has been granted a seventh year of eligibility.

NCAA guidelines state that players have five years to complete their four years of eligibility. A sixth year may be granted if a player suffers two season ending injuries.

Egolf is the first player to ever be granted a seventh year. He said he is “pumped beyond belief if you know what I’m saying bro” to be back at Bradley for another year.

“My favorite movie of all-time is ‘Van Wilder,’” Egolf said. “That Van guy … he’s like a hero of mine. He’s the most popular guy on campus, gets all the ladies and throws the craziest parties. We’re a lot alike, Van and me.”

The Scoop reached out to the NCAA for comment on granting Egolf another season.

“Where is Bradley University anyway? Are they even Division I? I’m not sure why you’re bothering me with this,”  NCAA President Mark Emmert said. “We may have granted this Egolf character another year of eligibility … But I bet he sucks anyway and I know Bradley sucks. I have more important matters to tend to like making sure Kentucky never misses the tournament again.”

Bradley Coach Geno Ford seemed indifferent that his starting center will be back for another season.

“Will who? Oh yeah, Will Egolf. He started for us this season I think,” Ford said. “He’s back for another year? That’s news to me. Well listen buddy, it’s happy hour and I’m in Vegas, I gotta go.”

The 6-foot-9-inch Egolf averaged 10 points and five rebounds a game last season. He will be a major factor again for the Braves next year with his wealth of experience and his ability to shoot from three. But Egolf said he has more important things on his mind than talking about basketball.

“How much longer is this interview going to take? Freshmen season is only five and a half months away,” Egolf said. “I can’t be wasting a second of my time especially talking to some dope about playing basketball for another year.”

Egolf said it’s been an incredible experience being at Bradley and he doesn’t want it to end anytime soon.

“Why in the heck would anyone want to graduate? I don’t get it,” he said. “Parties on Fredonia. Getting white girl wasted at Sully’s then walking down the street to Big Al’s with a fat stack of ones I got from a booster. I’m just living the dream bro. If the NCAA was willing to give me a seventh year I bet I could get an eighth. I might be at Bradley forever.”

That is a terrifying possibility for everyone on the Hilltop.