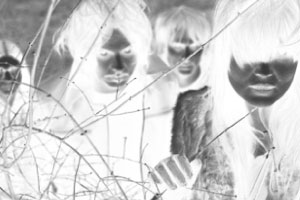 Of all the words you can use to describe Jack White, predictable is not one of them. He’s an actor and one-time upholsterer, but he’s mostly revered for his involvement in several genre-crossing musical endeavors since the early 1990s.
There was the Grammy-winning rock duo, The White Stripes, with the single “Seven Nation Army.” There was the Academy Award-nominated soundtrack for Cold Mountain, to which White contributed several songs. There was the massive hit “Steady As She Goes” by the industry-proclaimed supergroup The Raconteurs.
It seems that his latest supergroup will be no different in terms of success, talent and all-out awesomeness.
They call themselves The Dead Weather. Indie-rocker Alison Mosshart of The Kills fronts the band as the lead vocalist. Dean Fertita of Queens of the Stone Age contributes on keys and Jack Lawrence from the Raconteurs rejoins Jack White on bass. White himself takes a step back to return to his first passion: drumming.
While they may not seem like the typical supergroup to many, the mere presence of Jack White amongst fellow musicians seems qualification enough.
It’s been over a decade since the rock duo emerged from the heart (or bowels) of Detroit. Comprised of only singer/guitarist Jack White and his companion drummer Meg, The White Stripes attacked eardrums and industry standards with such tenacity that they changed the face of popular music.
Loud, distorted blues riffs accompanied by simple-but-steady drumming were suddenly okay for the mainstream. Jack and Meg charmed fans with a portrait of innocent child-like companions on a journey through a three-colored world of red, black and white. Throughout their rise, they maintained their humble attitude and lost few fans to claims of “selling-out.” It was quite clear the Whites were just interested in making good music.
During their six-studio album career, The White Stripes came in a surprising amount of shades.
Early work focused mainly on garage-rock oriented riffs and southern blues-style slide guitar. Their third and fourth albums, most notably “Elephant,” launched the duo out of the garage and into the mainstream with more complicated song writing and advanced soloing from Jack. His voice morphed song to song from soothing boyish naivety to howling emotional shrieks. The latest two albums, “Get Behind Me Satan” and “Icky Thump” began branching out from their tried-and-true method of simple music composition. There are marimbas, bagpipes and even a full horns section in “Thump.”
Though their overall concept and simple, yet oh-so-sophisticated approach to music cemented the White Stripes as the king and queen of modern rock, Jack didn’t stop there; for there was music to be made.
The Raconteurs arose when he formed a full band with Patrick Keeler, Jack Lawrence, and fellow Detroit native Brendan Benson. Since all members had been in previous bands, the music industry instantly declared them a supergroup, though it was far more obvious who the famous front man was.
White shared his love for hard-hitting blues with new band mates, while delving deeper into the world of country and bluegrass in their two albums “Broken Boy Soldiers” and “Consolers of The Lonely.”
Jack’s touring with The Raconteurs left The White Stripes on somewhat of a hiatus, broken only with a single performance on the final episode of “Late Night with Conan O’Brien” earlier this year. With a lack of information lately, it came as somewhat of a shock to see Jack White producing yet another band, The Dead Weather, with a confirmed album release this June. While fans barely have time to recover from hearing of the band’s existence, the first single “Hang You from the Heavens” was released on March 11, along with a cover of Gary Numan’s “Are Friends Electric?”
“Heavens” features many characteristics of White’s most recent works with the Raconteurs, with thick, lurching guitars reminiscent of “Consoler of the Lonely.”
Alison Mosshart’s haunting vocals actually sound a lot like White’s as she stammers verses and sputters choruses. The b-side cover features the whimsically clunky organ-work you’ve come to expect on a Stripes track like “I’m Slowly Turning Into You.” The two songs are available for listening on thedeadweather.com, and their magnificence should make Horehound one of the most anticipated debut albums of the year.
Jack White’s illustrious music career has already declared him one of music’s greatest contributors, yet with each new album, you can’t help thinking that he’s just getting started.
More from VoiceMore posts in Voice »