The story behind the sweets: a Halloween history 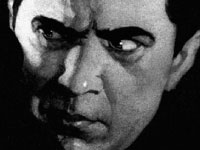 A flurry of old pillowcases, smelly face paint and cheap costumes will hit the streets today, as the worldwide masquerade party known as Halloween finally arrives. And even though trick-or-treating and late-night parties may be the holiday’s main attractions, the occasion has a story as amusing – and spotty – as any cheesy slasher flick.
While certain religious naysayers are up in arms every year over the supposedly Pagan event, Halloween consistently ranks in various polls as one of the nation’s most popular holidays, ironically often trailing right behind Christmas. But for all the well-intentioned warnings, the evidence simply can’t pinpoint “All Hallows Eve” to any particular Pagan celebration.
What is known, however, is this candy-giving event more than likely started with the ancient Celts, with their autumnal festival of Samhain thought of as an early incarnation of the holiday.
Traditionally, Samhain was treated as an event akin to that of New Years, with the end of the harvest season being celebrated by taking stock for the winter ahead and offering food to the spirits of the dead. The latter was done since it was believed those who died the previous year were able to wander the earth during Samhain, so the Celts attempted to ward off these spirits the same way various events and clubs placate present-day college students – with free food.
Unfortunately for the Celts, they were absorbed, like numerous other civilizations, into the mighty and vast Roman Empire, but all was not lost as certain traditions were incorporated into the Empire’s own Pagan and Catholic beliefs.
In fact, Roman-controlled Britain was able to merge together the area’s lasting local Samhain customs with its own Pagan festival celebrating Pomona, the goddess of fruit trees. Some scholars believe this spiritual interplay ultimately evolved into the time-tested Halloween game of bobbing for apples.
Then again, not all Samhein traditions were adaptable to these other religions, especially when these old Celtic beliefs were eventually traded in for Christianity.
Any lingering traditions believed to be unsuitable for the Christian faith were then typically associated with Christian folk beliefs dealing with evil spirits and other supernatural beings. The jack-o-lantern is a Halloween staple that has long suffered from these superstitions, with the hollowed out vegetable once thought of as a contraption made to hail Satan himself.
But not all of the holiday’s mainstays have malevolent connotations, with the act of trick-or-treating actually having rather innocent beginnings.
Back in ye olde Medieval days there was a practice called “souling” where the poor and other impoverished citizenry would go door-to-door on Nov. 1 for Hallowmas, hoping to receive food by promising to pray for the dead on the following day, All Souls Day.
The trend originally started up in Britain and Ireland, but its influence has obviously spread to every corner of the globe since the Middle Ages. Even Shakespeare himself references this Hallowmas begging in his comedy “The Two Gentleman of Verona.”
Although Halloween may have a number of unsavory characters meandering about – usually in the form of certain individuals gallingly choosing to don the ubiquitous “Scream” mask – the holiday can’t claim to come from unsavory origins. What all these devilish connections to a certain hellish character end up doing is adding a certain mystique and playful fun to the confectionary celebration.
So let up on the satanic fear mongering by letting those teeth rot and enjoying the sugar high.
Remember, there are no tricks, just treats, when it comes to Halloween.
More from VoiceMore posts in Voice »