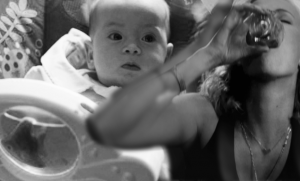 The best part of going to the movies is being surprised. When 2011 rolled around, it seemed as if the best movie of the year was already predetermined when indie smash hits like “The Artist” and “Tree of Life” rolled around. Few would have expected it to be Diablo Cody to turn expectation around.

I was one of those people. I’m still not a fan of the Academy Award winning “Juno,” and “Jennifer’s Body” was an even bigger, more self-parodying mess. However, Cody teamed up in 2011 with “Juno” director Jason Reitman for “Young Adult,” arguably the best movie of the year.

Cody’s newest film seems like something of a spiritual successor to “Juno,” which made her a mainstream success. Charlize Theron plays Mavis, an alcoholic depressive former queen bee that doesn’t realize how far she’s fallen from the grace she still thinks she possesses. Heading back home in an attempt to liberate ex-boyfriend Buddy, played by a wonderfully understated Patrick Wilson, she faces her spiraling mental issues as well as a past that she’s never been able to let go.

Where Reitman pushed quirk and twee to the forefront in “Juno,” it ends up being a much better accompaniment to the subtle story. The repetition of Teenage Fanclub’s “The Concept” lends the film the pitiful mix of sugar-coated nostalgia and the bitter resentment of years of neglect.

The ’90s mixtape aesthetic covers the film, from its memorable credit sequence through the frequent dive bar performances throughout the movie. It lends the whole movie the air of regret that drives Theron’s plight to its inevitable climax.

For those used to Cody’s more overt scripts, “Young Adult” is a considerably more subtle film, balancing a rich depth of emotions while driving the slow-burning plot forward. Theron plays Mavis with a rich lived-in style and the character’s idiosyncrasies make her feel considerably more real. As she wakes up hungover every day, viewers are guided through her routine of Diet Coke chugging, as well as the near daily regiment of facial care and meticulous make-up application that allows her to maintain her careful façade of keeping her demons at bay.

While the film initially appears to be a deep dark character study, it also manages to maintain the sort of brevity rare for the genre. Theron plays her character’s denial and self-loathing with an honesty that sometimes makes it almost impossible not to laugh, even as she falls toward rock bottom. It only helps that alternative comedy maestro Patton Oswalt plays one of Theron’s bullied former classmates who makes it his job to call her on her issues while he refuses to face his own.

“Young Adult” is the sort of film that manages to usurp expectations in every way. Whether it’s Diablo Cody’s emotionally raw and brutally realistic script, Reitman’s inventive and entertaining direction or Theron’s brittle, sensitive, deliciously bitchy performance, this is a movie that demands to be seen.