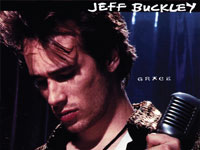 When rock music really started to come into it’s own in the late 1950s, it was regarded primarily as a pure untamed sexual force. Only a few years after Elvis was pelvic thrusting at his audience, the Beatles were driving fans to screaming incoherent wrecks.

A decade later, KISS would be telling audiences to “lick it up,” and Led Zeppelin would tell an unnamed girl they were going to give “every inch of their love.” By the 1980s, even bands with one armed drummers sang songs with such subtle sexual references as “Pour Some Sugar On Me.”

Which is why the ’90s were such a disappointment.

The tradition of overt sexuality mostly vanished in rock music. When Kurt Cobain first told audiences he had found his friends in his head, the time for sex was over, and introspective lyrics became the norm.

This may just be why “Grace” by Jeff Buckley is so attractive.

“Grace” is the sound of untapped sexuality while embracing the musical and thematic aesthetics of the day. From its opening notes, Buckley unleashes a soaring melody that alternates between a tortured love song and a tortured gasp for another dose of heroin. It might not be the best way to open things up, but it sets the tone better than anything else could.

Buckley’s relationship with women and drugs shows throughout the album, echoing the struggles of many of his influences, such as KISS, Led Zeppelin and Jimi Hendrix.

Musically, he also borrows much from his them. A young Jimmy Page might as well have arranged the song “Mojo Pin,” and “Last Goodbye” feels like a co-opted Smiths song, but Buckley manages to make all of the tracks uniquely his.

Whether it is the addition of dreamy atmospheric music or his unhinged singing, Buckley makes every song seem like a personal manifesto. The intimacy he brings to the record only helps when he sings about his problems and his loves. However, his deeply personal style makes the inclusion of “Hallelujah” one of the strangest moments of the record.

Most people only know Jeff Buckley because of the song “Hallelujah.” Few know that it is actually a Leonard Cohen song, but in his traditional style, Buckley makes the track definitively his.

With very little accompaniment, Buckley turns the song into a low key track about unbridled lust that runs almost contrary to Cohen’s song about a broken romance. Buckley changed nothing but the final verse, yet redefined a song into one of the finest ballads simultaneously for and against the one night stand.

Buckley follows “Hallelujah” with “Lover, You Should Have Come Over,” arguably his finest song, summing up his fears of being alone and his desperate calls to the woman he loves. Lines such as, “Sometimes a man must awake to find that really, he has no one,” not only sound legitimate from Buckley, but also as if no one has said it before. When he laments “Well maybe I’m just too young/ to keep good love from going wrong” listeners can’t help but feel his genuine pain.

Ultimately, “Grace” works just as well as an album solely about sex as it does as a breakup record.

While Jeff Buckley was undoubtedly a master of making a song uniquely his, the only true record he released before his tragic death remains a masterpiece of conflicting themes. And it shouldn’t be anything else.