By Scout on October 31, 2008
The addition of an on-campus pool brings many new opportunities to campus, and Dominic Lyles took advantage by organizing a club water polo team.
“When I was a sophomore, they knocked the pool down,” the junior mechanical engineering major said. “We have just been waiting for an opportunity for another pool.”
Once the opportunity arose, Lyles moved quickly to bring his plan into action.
He went through all the necessary steps to form a club sport, including adding Director of Campus Recreation Mike Keup as a faculty adviser.
Keup said he thought the idea of having a club water polo team on campus was a good one.
“If we have students that want to participate in water polo, it is great that we have the opportunity on campus for them to do so,” he said.
Lyles will serve as president of the water polo club.
He became interested in developing the club from playing water polo when he was younger.
“I played in high school,” he said. “That’s where a lot of the interest comes from.”
After establishing the team, Lyles had to find people who were willing to participate.
Lyles had some friends who were interested and he found others by noticing students wearing swim team shirts around campus. 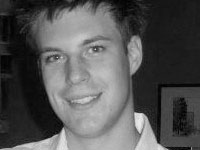 “Its good exercise,” he said. “It’s the healthy thing to do.”
Four Bradley students who have experience playing water polo will coach the new team.
Seniors Laura McCormack and Jaclyn Patulo and sophomores Ken Evans and Jonathan DeGreef will serve as the team’s coaches.
The team practices twice a week. Practices take place from 10 to 11 p.m. on Thursdays and from 11 a.m. to noon on Saturdays.
Skas said it makes sense to form a team now.
“I think Bradley needed to have a water polo team,” he said. “We might as well with the pool we finally have.”
The water polo team will practice all semester long, building team chemistry and improving its skill. Starting next semester, the team will begin playing teams in the Central Illinois and Midwest areas.
Lyles said his goals concerning the team are to get a group of students together to have a good time and stay in shape.
Skas said he agrees.
“It’s a good place for people to meet and make some friends,” he said.
Sophomore Steve Bannon will serve as the team’s secretary and freshman Jessie Schmidly will be treasurer.
More from NewsMore posts in News »