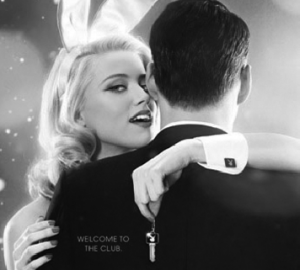 NBC made its first cut of the season this week, giving The Playboy Club the axe. The show did its own bunny dip in ratings, hitting just 3.4 million viewers and a 1.2 rating in the adult demographic in its last episode.

The Parents Television Council, who claimed the show was demoralizing to women and overly sexual, celebrated the news of the cancelation. They might have been offended, but personally, I was disappointed to see the show die so quickly.

I’ll be the first to admit the writing was terrible. Some of the dialogue was laughably bad, but I wasn’t watching The Playboy Club for witty humor. If I wanted smart societal commentary, I wouldn’t seek out something centered around fluffy tails and cocktails.

The whole point of The Playboy Club was purely theatrical. From the first scene I felt like I was walking into an alternative universe. The Hefner voiceover was just creepy enough to foreshadow some kind of mob-centered conflict. The costumes were perfect, the tails fluffy and even the lipstick was flawless.

I wasn’t sure I’d keep watching until someone was murdered by a stiletto to the jugular during an attempted rape.

The sheer amount of fake blood and the noise the heel made while entering the handsy mobster’s throat was just overdramatic enough to create a must watch for anyone who loves a good melodrama.

Other networks are considering picking up the show, and I have to agree that a home on cable television would probably be more appropriate than NBC airing anything involving Playboy.

I hope The Playboy Club gets the chance to at least make it through a season. Maybe it will take off, or maybe it will be a one season wonder, but I’m curious to find out. With any luck, the bunnies will live to serve drinks again.