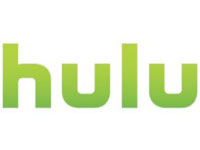 When it comes to streaming video, YouTube is the undisputed king. But as technology marches on, the popular Google subsidiary is starting to face some stiff competition from more than eager companies with expensive lawsuits on their grubby hands.
Newcomer Hulu.com, which opened its digital doors to the public this March, is one of the industry’s most remarkable and promising competitors.
While just as video driven as YouTube, Hulu’s lineup is a far cry from the typically short and low-budget clips featured on the popular Web site.
Instead, Hulu swaps out this user-generated content for free-to-view television shows and movies backed by premium studios and networks such as NBC and FOX.
This is undoubtedly a blessing for students who are TV junkies, as watching the latest  “House” or “Family Guy” now won’t come at the expense of studying for a math test.
“It’s a great way to catch up on your favorite shows,” sophomore electronic media and English major Afton Hallauer said.
However, the Web site carries more than just the newest crop of TV shows. Primetime classics such as “The A-Team” and “Doogie Howser, M.D.” are available, as well as various TV Land staples such as “The Mary Tyler Moore Show” and “Partridge Family.”
AV enthusiasts will have much to cheer about as well, since Hulu’s feeds are of far higher quality than most other streaming video Web sites. Most shows can be viewed in a resolution as high as 480p, which is nearly equivalent to a standard DVD.
But Hulu has been looking to push these boundaries even further, with a limited selection of content currently being offered in high-definition for viewers whose computers have both the horsepower and the bandwidth.
Normally, with big-name backers comes big-time advertising, except Hulu appears to be one of those rare online ventures that has managed to find a happy medium.
While YouTube has gradually anted up its promotion quota, with intrusive pop-ups starting to appear on some of the Web site’s most viewed videos, Hulu is very upfront about its corporate sponsorship.
Prior to each video, viewers are warned with the familiar broadcasting slogan of  “limited commercial interruption,” with a white dot on the time-bar indicating exactly when the advertisements in question will be shown.
“The commercials are bearable because they’re only about 30 seconds long,” Hallauer said. “There are also far less commercials shown when compared to regular TV.”
Surprisingly, the numbers agree with Hallauer, with Hulu’s ad content averaging a mere two minutes compared to the eight minutes shown on conventional television.
Even more shocking is the Web site’s outspoken decision to continue this trend.
“We think that a modest amount of advertising is the right thing because that’s going to drive atypical results for marketers,” Chief Executive of Hulu Jason Kilar said, according to a New York Times article. “The notion that less is more is absolutely playing out on Hulu.”
Although filled with the same movie clips that have long plagued most video Web sites, Hulu’s most unique aspect is its collection of feature-length films. While not as robust as its television selection, Hulu does contain some screen-gems such as “Ghostbusters” and “Men in Black.” But for every one high-profile film is a glut of bottom-of-the-barrel duds such as “Curse of Alcatraz” and “Hercules in New York.”
Still, some may garner more entertainment value with “Bad Girls From Mars” than from some of the clips shown on YouTube.
Either way, although Hulu can’t amuse the masses with the “Evolution of Dance” or the band members of OK Go prancing around on treadmills, it has made kicking back with a favorite show a good deal easier. Just remember to give a real television a chance every now and then.
More from VoiceMore posts in Voice »