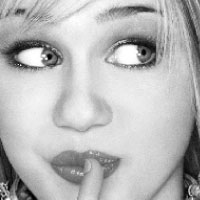 It isn’t really clear why Billy Ray Cyrus’ daughter wearing a blonde wig and singing pop songs is a hit with teens, but the fact some of her songs have hit No. 1 shows the popularity of the squeaky clean genre.
Recent kid-oriented smash hits like “Hannah Montana” and “High School Musical” seem to be taking the world by storm. You can’t go anywhere in public without seeing something branded with the Disney logo.
It’s not just for the kids, either. Looking at Facebook, there are numerous “High School Musical” groups started up by college students, some even topping the 11,000 member mark.
Junior public relations major Meg Antal said she thinks these shows help connect families.
“I have younger siblings, and by enjoying such things I feel closer to my family,” Antal said. “That, and they are fun and send good messages.”
What is it about these shows, though, that make them so appealing to children, and how are they affecting the way children are being raised?
One of the biggest advantages of these productions is that parents, for the most part, approve. Shows like these air during the day or early evening on the Disney channel. Most parents know these shows contain very little, if any, content that would be inappropriate for middle-school children. 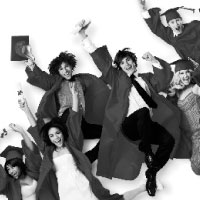 “Most of the shows out there express good family values,” Antal said. “It’s clean fun that shows what being a kid should be all about, minus the underage drinking and sexual messages that appear in a lot of the other shows out there.”
The major factor in why kids watch these programs is that they can connect with the characters.
In an Associated Content article, Meagan Unmack said girls who watch Miley Cyrus on “Hannah Montana” are able to see themselves in her.
“She goes to a normal high school and fights with her brother and has boy problems,” Unmack said. “Each and every lesson that Miley learns on the show could be the same lessons that the fans are going through. Viewers see how Miley deals with her problems in productive ways.”
These characters are serving as positive role models in a world where there are too many negative ones. Where some shows portray a teenage life of partying and sex, like in the hit teenage drama “Degrassi: The Next Generation,” parents are happy with knowing the content in Disney’s latest hits will be family friendly.
Along with instilling the good family values, most of these shows push kids to become who they want to be. “High School Musical” sends out the message of breaking free and not sticking to the status quo, while “Montana” shows viewers it’s possible to be a superstar while maintaining a sense of individuality and reality.
“While most of the characters are stereotyped, they seem to be comfortable in their own skin,” Antal said. “Mistakes are made, but they don’t bring the world to a halt. Rather, problems are dealt with productively and they take each mistake as a learning lesson. Most people get so frustrated with life that they fail to see these opportunities. These shows help kids to see these little life lessons in fun, attention grabbing ways.”
Whether it’s the toe-tapping tunes, the glitzy girly glamour or the family-friendly content, these shows seem to have made a mark and set the bar for future programming. Perhaps we will soon see the end of mindless cartoons and more shows that are not only entertaining but enlightening.
More from VoiceMore posts in Voice »