The show must go on: 2020 VMAs hosted in-person 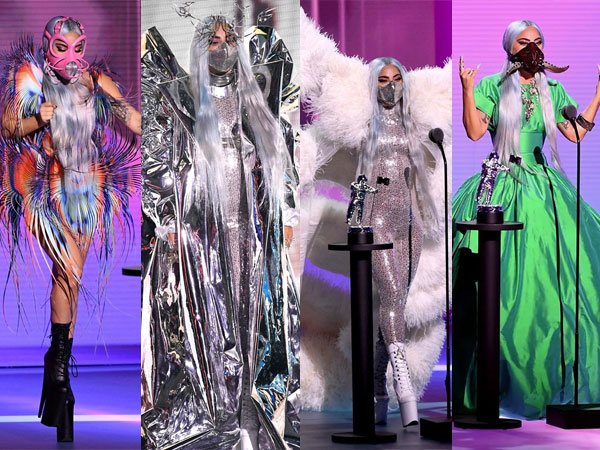 Despite the pandemic raging on, the 2020 MTV Video Music Awards were hosted in-person on Aug. 30.

Originally scheduled to take place at the Barclays Center in Brooklyn, the event was forced to change locations amid COVID-19 concerns. While the bulk of the show was pre-recorded, some artists filmed live in various audience-free locations, including Keke Palmer, who made VMA history for being the first Black woman to ever host.

Lady Gaga, Ariana Grande, Doja Cat and Miley Cyrus all shot their performances on green screens in advance in Los Angeles, although they appeared to be at the live show. K-pop group BTS performed their song “Dynamite” via the same process in their home country of South Korea, even though their debut VMA performance made them appear to be dancing at all of New York’s biggest attractions.

The Weeknd also shot his performance of “Blinding Lights” prior to the show at various undisclosed locations in New York the day of, later taking home “Best R&B” and “Video of The Year” for the single. In his acceptance speech, he called attention to the Black Lives Matter movement and police brutality.

“It’s really hard for me to celebrate right now and enjoy this moment, so I’m just going to say justice for Jacob Blake and justice for Breonna Taylor,” he said.

“We’ve seen our generation step up, take to the streets and make sure our voices will be heard. Enough is enough,” she said.

The night was filled with other calls for racial justice and unity, with rapper Da Baby performing on top of a police car with a sign stating “Stop Killing Us.”

Other singers brought awareness to the ongoing pandemic, with Lady Gaga pleading listeners to wear masks.

In an unusual COVID-19 twist, two new categories were added to this year’s awards to recognize artists for their talent during quarantine. These categories included “Best Quarantine Performance” won by CNCO and “Best Video From Home” won by Ariana Grande and Justin Bieber for their single “Stuck With U.”

Lady Gaga also had a very successful night at the VMAs, winning “Artist of The Year,” as well as “Best Collaboration” and “Song of the Year” for her collaboration with Ariana Grande for their single “Rain on Me.” Gaga and Grande had the most nominations heading into the show.

Of course, no VMA recap would be complete without a fashion rundown. In terms of clothing, Lady Gaga certainly won the night with outfits only she could think up. Throughout the night, Gaga sported nine different ensembles, including a green ball gown with a tentacle face mask, a sequin bodysuit with a feather coat from Valentino, a silver Candice Cuoco jacket with a matching crown and a plain old MTV graphic T-shirt, to name a few. Other notable ‘fits include Miley Cyrus’ sheer frock covered in tiny mirrors and Keke Palmer’s neon jumpsuit.