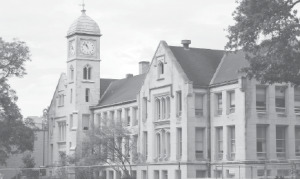 The Campaign for a Bradley Renaissance has concluded after more than three years, raising $161,206,751. That makes it the largest and most successful fundraising effort in Bradley’s history.

The goal of the campaign was to raise $150 million to provide essential resources for scholarships, academic and circular development, construction and renovation of facilities and endowment support.

A gift of $30 million was provided by Caterpillar Inc., the largest donation in the university’s history. Including Caterpillar, 29 donors contributed $1 million or more, and over 16,000 alumni donated nearly $60 million.

“We are profoundly grateful to all our donors for making the transformation of our campus and curriculum possible so that we can meet the needs of students, faculty and our university now and well into the future,” University President Joanne Glasser said.

Campaign money has helped complete the Markin Family Student Recreation Center, the Hayden-Clark Alumni Center, the Main Street parking deck and the Renaissance Coliseum. The expansion and renovation of Westlake Hall, the final building of the project, will be finished in 2012.

In addition to the construction, 79 new scholarships were created and $52 million was directed toward academic and operational enhancements.

“These are amazing achievements that have been made possible by the people who believe in Bradley and our vision to become a university of national distinction,” chairman of the Campaign for a Bradley Renaissance Gerald Shaheen said. “I believe this campaign is a turning point for Bradley, an effort that will serve as a catalyst, propelling Bradley toward national distinction.”

The Campaign for a Bradley Renaissance was preceded by two consecutive successful campaigns. The Campaign for Bradley in the ‘80s raised $31.7 million, and in the 90s, the Centennial Campaign collected $127.4 million.