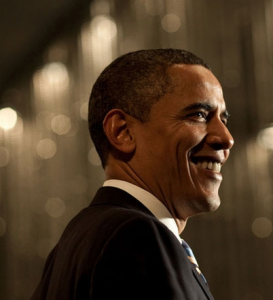 As the votes were tallied on election night, students gathered in Lydia’s Lounge to watch what would be the re-election of incumbent president Barack Obama.

Several students said they voted and were planning on watching the news for the results in their rooms, but changed their mind when they heard about the gathering in Lydia’s.

“It’s so much better to celebrate the presidential elections with other people,” said freshman marketing major Jamara Bell.

Lydia’s Lounge hosted an election viewing party on Tuesday, broadcasting the election results on the newly installed televisions and bringing students together.

The party also included refreshments, provided by the National Association for the Advancement of Color People (NAACP).

“I came to see who won,” said junior learning behavior specialist Samantha Babb. “I thought it would be nice to wait for the results while also being social.”

Following the results, students had mixed opinions on another four years under an Obama administration.

“Honestly, I was disappointed with this year’s election outcome,” said junior journalism major Ali Stelzer. “I’m still waiting for that ‘change’ Obama was talking about four years ago. Obama is our president once again, and he has to go above and beyond to prove it to the middle-class that he can make this country stronger than it has been. Despite all of this, Obama is my president, and as an American I have to accept and respect that.”

“I just love Obama,” she said. “I was ecstatic when he won, clapping and hollering – I couldn’t help it. A second term of Obama is just really what I think this country needs and I couldn’t be happier with the results. I feel confident that when I graduate, I’ll be able to get a teaching job with him in office.”

Other students said they were not surprised with the election’s results.

“I feel that Romney tried to please too many people by making conflicting statements on record,” said junior electrical engineering major Aleksey Lykov. “This election was big with younger generations of voters who, I believe, felt that Romney was out of touch with their beliefs, opinions and values. My general reaction was that of lack of surprise.”

When it came to voting, some students said they struggled to be able to cast a ballot; others said they felt disconnected from the election.

“I wasn’t that concerned and it was just too hard to go vote,” said junior industrial engineering major Shakhnoza Fahriddinova.
Bell said she was disappointed in how many people said they didn’t vote.

“Only seven out of 15 people in my business class voted,” said Bell. “It wasn’t easy for me to get registered because someone wrote down the wrong zip code when they sent my registration in, but I still followed up because I cared and wanted to vote.”

While many students said they registered at Bradley to vote or sent in an absentee ballot, freshman nursing major Nichole Howell said she went home to vote instead.

“It was so much easier to just drive home and vote instead of going through the hassle to get an absentee ballot,” said Howell. “I got to vote and since it was my first time voting, I got to share the moment with my family.”