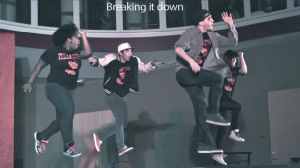 April 23 may not be the type of party students have been hoping for. Due to unforeseen circumstances, DJ Redfoo and the Party Rock Crew of LMFAO cancelled their April 23 concert at Bradley last week.

“I just found out last night and I was sad,” said freshman psychology major Lauren Cain. “I was excited and I felt like it was a big deal for everyone.”

Director of Student Affairs Michelle Whited said LMFAO has cancelled all U.S. college and club performances in the month of April.

“We wish we knew more, but we don’t,” Whited said. “We’re not happy but there’s nothing we can do.”

Hardy said artists approve and cancel shows all the time, so they had a list of back-ups ready just in case.

“As a group, we were disappointed,” Montel Hardy, Activities Council of Bradley University Coordinator, said. “But we were always prepared for the worst case. In music the only thing for sure is that nothing is for sure.”

Whited said although they cancelled, ACBU still has time to research and contact other performers to headline the spring concert.

“We are already gathering a list and pursing other artists to find a replacement,” Hardy said. “At this point, the best overall performer is what we’re looking for.”

In addition to bringing the best possible, ACBU is hoping to find a performer who can play the same night as the previously planned concert.

“We are shooting to keep the [spring concert] the same date,” Whited said. “We already have the venue and the opening performers booked. Because it is a Monday night, our options are more open.”

Hardy said they already have a top five-list of performers and are hoping to confirm an artist soon. He also said he is not worried about finding another performer.

“There is nothing for [students] to be worried about,” he said. “We will work tirelessly to bring a fun concert for the end of the year.”

Former ACBU member Candice Richards said she is hopeful ACBU can come up with a bigger and better act.

“It’s really disappointing,” she said. “I’m a huge fan and I have been always [suggesting] that they bring LMFAO. But there is nothing Bradley can do and I know SERF will work hard to do what they can.”