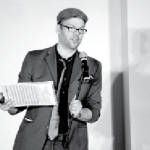 Students and parents were invited to attend the Activities Council of Bradley University (ACBU) event on Nov. 2 featuring magician Derek Hughes as a part of Family Weekend.

“I was extremely happy with the attendance, we had more than 600 people,” sophomore and ACBU Comedy and Performing Arts Coordinator Helen Lagerblade said.

Hughes incorporated humor throughout his hour-long performance of magic tricks and illusions.

“He was really funny and he managed to tell jokes for both the older and younger crowds,” senior and ACBU Music Live Co-coordinator Krysta Schauer said. “I really liked that he brought different things to the table than the magicians that have been at Bradley before him.”

Hughes called Schauer out of the audience to come up on stage and be a part of one of his tricks.

“I had no desire to be called up on stage.  I was wearing my ACBU polo, and I thought that would void me from participating, but I guess I was wrong,” Schauer said.

The trick involved Schauer and another volunteer, freshman elementary education major Courtney Collins. The two students chose one playing card each from a deck, and then Hughes performed a series of tricks including transforming Schauer’s card into Collins’ card and making Collins’ card appear in his pocket after she checked that it was empty.

“I pretty much just stood up there and laughed the whole time,” Schauer said. “Derek was really nice and made you feel comfortable on stage, like you’re there just to hang out for a second, so the fear [of being on stage] went right away.”

Schauer said she had high expectations going into the show because other ACBU members had seen Hughes perform in the past and said they enjoyed it. She said she also knew the basics of a lot of magic tricks because her dad worked at a magic shop when she was growing up.

“I was looking for all those little hidden secrets and tricks my dad taught me, but I didn’t see any,” Schauer said. “I was not disappointed [with Hughes], and my family really enjoyed him as well.”

Collins also said she had high expectations because she knew Hughes had been featured on the news, and she had heard of his ability to perform well.

“My expectations were definitely exceeded. He put on an incredible show,” she said.

Collins said Hughes had a great stage presence, and described him as “outgoing, charismatic and funny”.

“This magic show was definitely one to remember. Derek was hilarious and I couldn’t believe some of the tricks he did,” she said.