Beyond the dorms: Difficulties of off-campus living 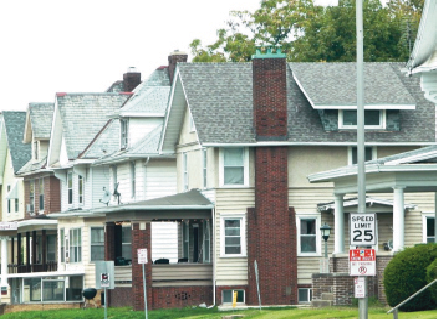 *Editor’s note: This is the first of four installments in a series about off-campus housing. Look for the second installment in the next edition of the Scout.

For many Bradley students, saying goodbye to the dorms after the two required years to live on-campus is top priority. The freedom to move into an off-campus house or apartment is tempting, leaving behind the days of roommates, community bathrooms and lofted beds.

For May 2012 graduate Renee Kohl, moving into a house her junior year was an exciting time. She decided her days spent in the dorms were over. She looked into the St. James apartments, but didn’t find any three bedrooms available for her and two friends.  After searching for a new place to call home, Kohl stumbled across an advertisement for Walgenbach Lawlor Properties in an issue of the Scout. She and her friends viewed their website, rentbuproperties.com, toured the house on Barker Street and signed the lease.

It was one decision she said she wishes never happened.

“It was just terrible,” Kohl said. “We’re still arguing with [Walgenbach Lawlor] over things we are being charged for.”

In fact, Kohl and her roommates paid a lot more than they anticipated when living in the house from 2010 – 2012. The first problem they noticed was mold covering one of the bedroom walls, which Kohl said took the landlord three months into the lease to clean up. She said her landlord would never answer the phone for issues about the house throughout her lease either.

The most radical problem came during the winter when the pilot light on the boiler went out, bringing the house temperature down to a chilly 42 degrees one Sunday night.

“My landlord refused to call a repairman until the following Monday because it would be cheaper then,” Kohl said. “We had to stay in the library because it was so cold. My landlord didn’t help with the issue until we threatened to call lawyers.”

Despite graduating and finally moving out of the house, Kohl said the nightmare is not over yet.

However, Kohl was not the only student who had issues with Walgenbach Lawlor Properties. A senior student named Katie, who wishes not to disclose her last name, said she had multiple problems with her rented house, including having the front door chain, a lock that is often seen in hotel rooms, get stuck on the first day.

“Our friends tried to help us with it, but it was not budging,” she said. “We actually had to break into our own house by breaking the door down ourselves. The landlord got extremely upset by this but there was no other way to get into our house, and she would not answer any calls when this whole situation occurred.”

Katie also said water would leak from an upstairs bathroom into the kitchen, and when a plumber inspected the problem he said he would have to do work through one of the closets.

“Our landlord decided this was apparently not important, so [the leak] continued for the entire year,” Katie said.

Other problems happened throughout the year, like the Ethernet plugs not functioning, a giant hole in the plywood above the basement and a broken lock on the kitchen window.

“The landlord actually took money out of our security deposit because the back door key had broken, yet all of these other things had gone wrong with the house,” Katie said.

After dealing with housing situations herself, Kohl said she wants to reach out to current Bradley students who are in the process of renting an off-campus home or apartment and give them advice for leasing properties by sharing her story.