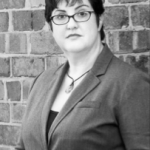 Bradley flags flew at half-staff in honor of a Bradley professor for modern and contemporary art his- tory and theory.

Warwick started at Bradley in fall 2008, after receiving her doc- torate in Modern Art History at the University of California Los Angeles (UCLA) in 2006 with a concentration in film studies.

“Acacia eagerly accepted her extended teaching assignment and approached her classes and subjects rigorously and with enthusiasm,” Department of Art Chairperson Paul Krainak said. Warwick taught a Special Topics class on Weimar Culture in her first semester that showed students an overview of early experimental film.

“She was one of the most informed and articulate teachers I have ever heard speak on con- temporary criticism and theory,” Krainak said.

While struggling with cancer in the last few years, Warwick became an editor of ARTRIT, an online journal on art theory.

“Acacia always had very high expectations for her students,” Associate Professor of Art Heather Brammeier said. “She told me she found they always rose to meet those expectations.”

Brammeier said that as a result, Warwick forged strong connec- tions with the department’s top students and encouraged young people who aspired to be studio artists and admired their courage to aim high.

“In critiques with graduate art students, Acacia raised the level of discourse and brought contempo- rary issues to the fore,” she said. “We will miss her intellect, her wit and her honesty.”

Warwick and husband Todd Williams were two of the original founders of Backspace Collective, which is a not-for-profit artist’s group and exhibition space on Main Street.

“Her role at Backspace was another example of the way she promoted innovative explora- tion in the arts and served as a role model for her students,” Brammeier said.

University President Joanne Glasser said that it is always painful and difficult to lose a member of the Bradley com- munity.

“In this case, [she] was a beloved faculty member who touched and enriched so many student lives,” Glasser said. “She was a wonderful colleague and one who made a significant impact by bringing her skills and talents to the Hilltop.”