Prior to the departure of Director of Fraternity and Sorority Life Jesse Koch, groundwork (and paperwork) was formalized for the addition of another fraternity chapter, Delta Sigma Phi.

The process started during fall 2012 when Bradley reached out to several fraternities to survey interest in a new chapter on campus.

Although several applications were submitted, Interfraternity Council (IFC) invited only two chapters to undergo interviews with Bradley administration, IFC and other Bradley associates.

“On our end it was all about authenticity,” said Nik Koulogeorge, assistant director of new chapter development for Delta Sigma Phi. “We researched Bradley to no end and tried to learn all that we could offer that would benefit the students here.”

Delta Sigma Phi, also known as Delta Sig, is a national fraternity with more than 115,000 men nationwide. Founded in 1899 in New York at a time when fraternities typically consisted of men of the same religion, its founding fathers were composed of Christians and Jews looking to form a new kind of chapter, regardless of religious differences.

“Historically, we are the first fraternity to not limit membership by race or creed,” Koulogeorge said. “So lots of students find that interesting and can connect with us.”

Beginning in spring 2014, three national staff members from Delta Sig will spend five weeks on Bradley’s campus. Koulogeorge said they will reach out to “literally hundreds of men across campus, meeting with all of them individually.”

Unlike the usual IFC recruitment, Delta Sig will hand-select men it believes will be able to live out its values.

“We’ll then train them on how we find and recruit the right men,” Koulogeorge said. “Then, they’ll continue to responsibly grow once we leave.”

Although IFC selected the newest addition to campus as a group, the other 14 fraternities voiced concerns on a new chapter.

“I’m confused why we are having another fraternity come to campus rather than a new sorority,” said junior Pi Kappa Phi member Jordan Thomason. “With seven sororities and 14 fraternities, why wouldn’t we rather add to the former?” 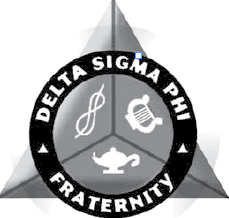 Others were just happy that it didn’t interfere with their own chapters.

“The fact that they aren’t coming until the spring is good for everyone,” said senior Sigma Phi Epsilon member Navid Kassam. “It allowed our current chapters to recruit without a new player in the game, and it will allow Delta Sig to go through their expansion process without interference from existing chapters as well.”

Koulogeorge said Delta Sig is looking forward to being a part of the community.

“We genuinely hope the men we select will be anything but typical,” he said.