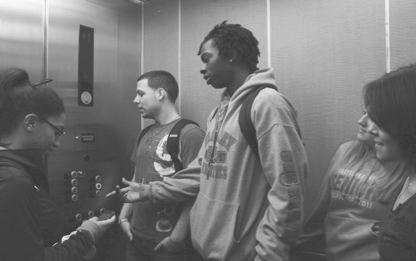 After years of construction on academic and recreational buildings, students will finally see upgrades on their living spaces in the residence halls.

Nathan Thomas, Executive Director of Residential Living and Leadership, said many changes will take place during the next semester, and that some changes have already happened during winter break.

“The elevator in Heitz was installed [during break] and is now operational,” he said. “Heitz’s stairwells were also updated while school was out.”

Besides the changes to Heitz, Thomas said general maintenance took place over break, including filter changes in all of the residence halls.

Residents in Williams can also expect construction during this semester as well.

“The big project for this semester will be the Williams’ lounges,” Thomas said. “During spring break, everything [in the lounges] will be torn out, including the built-in furniture.”

Williams is not the only residence hall that will update its lounges this semester. Residents in Geisert can expect new furniture in a few months.

While these changes will please many residents this semester, a majority of the construction will take place during the summer, when the university has empty residence halls. Thomas said completing construction in Heitz is the university’s main focus for the break.

“Heitz will be completed this summer,” Thomas said. “Floors two through four will be finished. Air conditioning will also be installed.”

Thomas said roof work will be done in the Student Apartment Complex and Wyckoff over the summer, and there are still plans being considered.

“Some things are still on the drawing board,” he said. “More money needs to be involved, however, to fulfill those plans.”

As for now, the biggest changes in residence halls are construction and the lounges that will be updated during the semester. Students can expect completion by the fall semester, including Heitz, whose makeover will be finished over break.